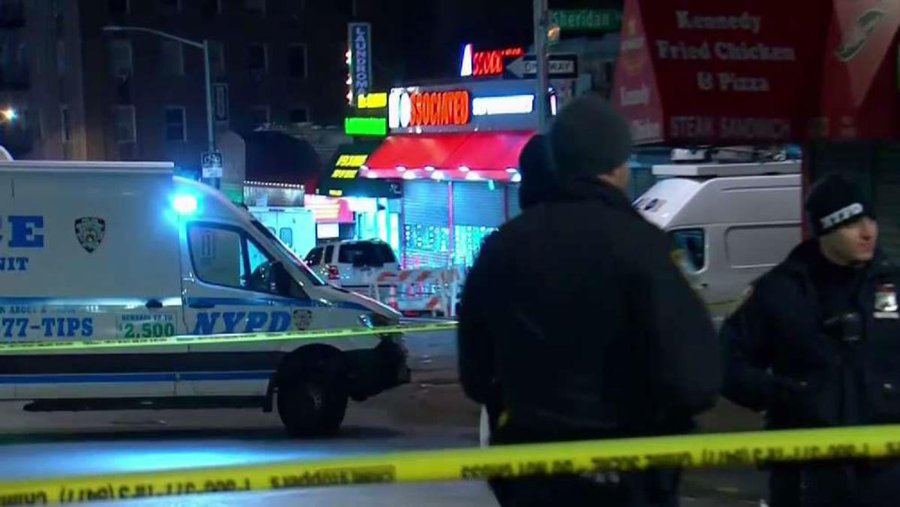 The Sun reports — 5 people including a 10-year-old boy have been wounded in a terrifying shooting in New York City yesterday.

Police, who have launched a manhunt for the suspect, have branded the senseless attack at around 4 pm in the Melrose neighborhood of the Bronx a “heinous crime.”

The victims, including a 20-year-old male and 36-year-old female, were standing in the street when the depraved gunman fired into a crowd of people, it has been reported.

None of the injuries is life-threatening, police said.

CCTV footage shows the hooded attacker shooting in the direction of his intended target who reportedly fled the crowded scene.

The three youngest victims ran into a nearby liquor store where the shop manager Adam Lin treated their wounds.