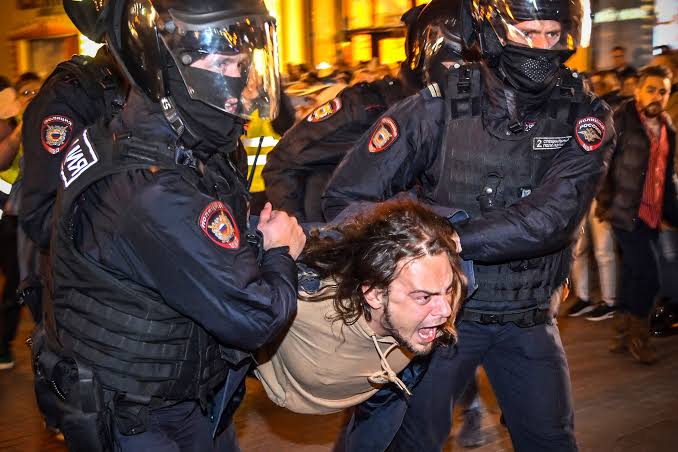 Almost 100 people have reportedly been arrested in Russia today as protests against conscription take place across the country.

They were detained after attending rallies against Putin’s plan to call up 300,000 citizens, according to OVD-Info, an independent Russian human rights project.

The majority of the arrests- at least 59 – took place in Novosibirsk in Siberia.

Meanwhile, Russian men continue to flee the country to avoid being called-up to the army, with reports of traffic congestion stretching up to 30km from the main border crossing into Georgia.