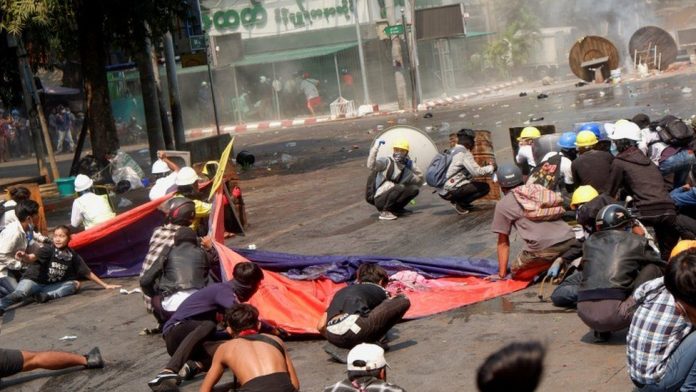 At least 38 people were killed in Myanmar on Wednesday in what the UN described as the “bloodiest day” since the coup took place a month ago.

UN envoy to Myanmar Christine Schraner Burgener said there was shocking footage coming out of the country.

Mass protests and acts of civil disobedience have been seen across Myanmar since the military seized power on 1 February.

Protesters have been calling for an end to military rule and the release of the country’s elected government leaders – including Aung San Suu Kyi – who were overthrown and detained in the coup.

The coup and the violent suppression of protests that followed have led to international condemnation, which Myanmar’s military has so far ignored.

Reacting to Wednesday’s deaths, the UK called for a United Nations Security Council meeting on Friday, while the US said it was considering further action against Myanmar’s military.

The latest violence comes a day after Myanmar’s neighbours urged the military to exercise restraint.