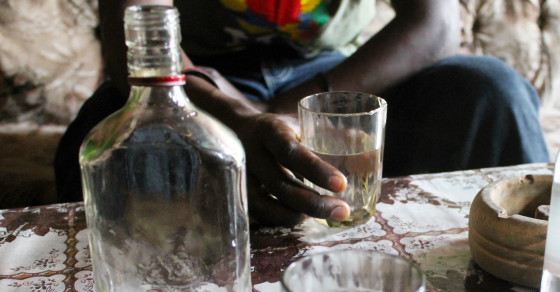 The contraband included 200 liters of the outlawed Chang’aa brew, alongside other machinerry used in preparing the brew.

The booze was taken to the police station as Police officers begin manhunt for the owners of the distillery.

The alcoholic drink, native to Kenya, has been on the spotlight for its lethal alcohol content, and responsible for many alcohol related deaths in the rural and slum areas in the country.

Central Kenya countries are the worst hit by the effects of the illicit brew.

Former Twitter employees charged with spying in the US for Saudi...

Apple credit card under probe over claims of gender bias...

Simon Kiungua: The Missing Math Genius from the University of Nairobi