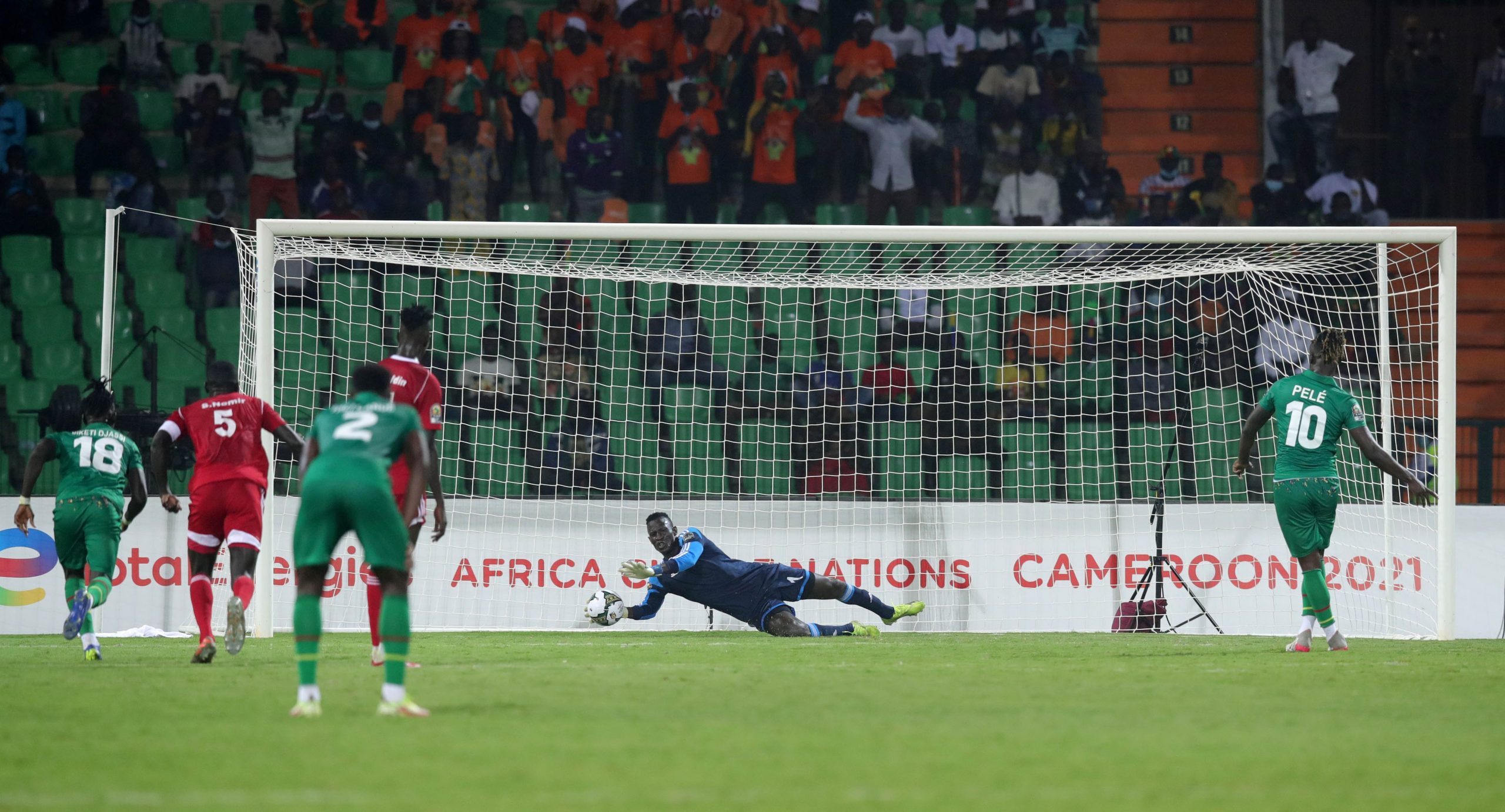 Sudan goalkeeper Ali Abou Achrine saved a late penalty to ensure they secured a 0-0 draw with Guinea Bissau in Garoua on Tuesday in an inauspicious start for both at the Africa Cup of Nations finals.

Achrine had little difficulty pushing away a poorly taken kick by midfielder Pele and then watching as the follow-up from Piqueti cannoned back off the crossbar.

The goalkeeper turned from villain to hero after having brought down Steve Ambri to give away the spot-kick with some eight minutes left of a tepid tussle between two of the tournament’s lesser lights.

A minute later Guinea Bissau striker Frederic Mendy had a powerful shot cleared off the line as Sudan held on for a share of the spoils in the Group D encounter.

Joseph Mendes had the first chance for Guinea Bissau, peeling away from the Sudan defence to find space and head a free-kick against the upright in the 16th minute, but Sudan keeper Achrine was quick to gather up the rebound.

Sudan’s best effort was on the stroke of halftime when Guinea Bissau goalkeeper Maurice Gomis was forced to parry away a stinging shot from Mohamed Abdelrahman.

Sudan had made a drastic overhaul of their squad just weeks before the tournament after they lost all three group games at last month’s Arab Cup.

They fired French coach Hubert Velud and dropped many of their regulars ahead of the tournament.

Guinea Bissau next take on Egypt and Sudan meet Nigeria in a doubleheader in Garoua on Saturday.