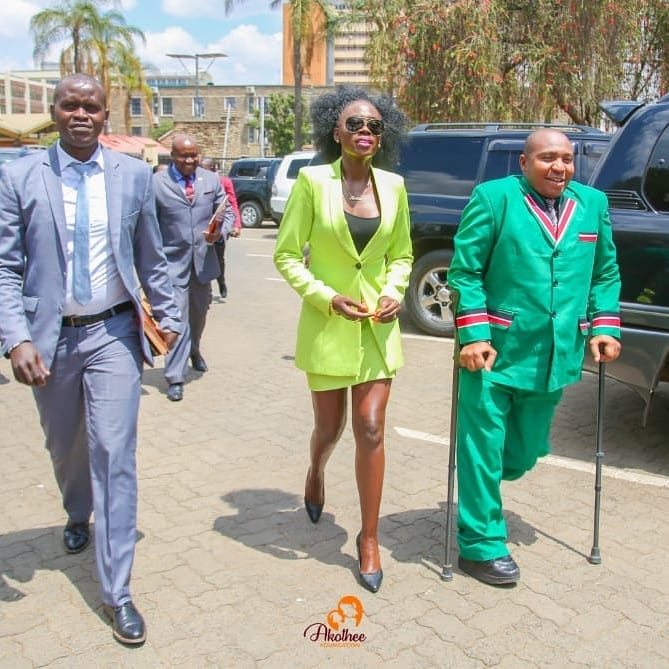 Kenyan songstress Esther Akoth, popularly known as Akothee brought drama to Parliament building after being thrown out of the building for improper dressing.

It was alleged that Akothee wanted to access the restaurant area of the parliament buildings, for a meeting scheduled between her and nominated Member of Parliament David Sankok.

It was then that the Sergent at arms on guard refused to allow her to enter the establishment, claiming her skirt was too short. This provoked Akothee to lash out at the guards, where she was heard shouting ‘My dress is not short. It is my legs which are tall.”

It took the intervention of women in parliament; Soipan Tuya and Racheal Nyamai who managed to get Akothee to cover herself with a borrowed leso.