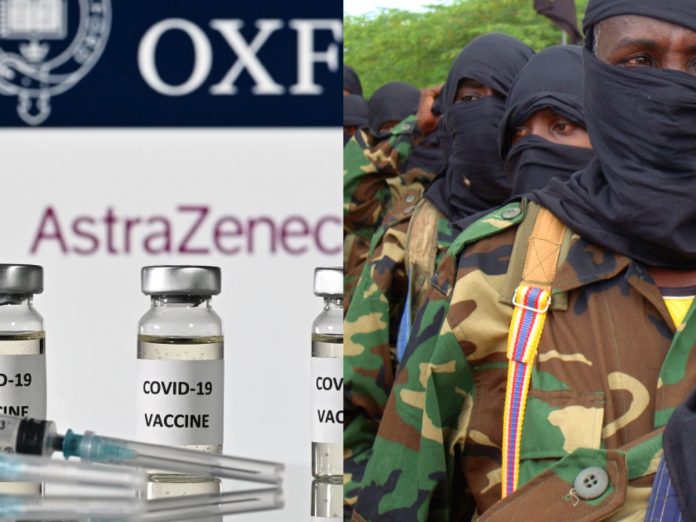 The rather awkward statement was accompanied by their in-house research that details ‘extreme’ side effects.

The group further supports decisions by European nations to suspend the shots.

“These are countries with far better medical resources than the apostate Somali regime, which doesn’t even have qualified medical personnel or laboratories to assess the efficacy, safety or performance of the vaccine,” a statement from a Twitter account associated with the group said.

The statements come after the first batch containing 300,000 AstraZeneca shots arrived in the country two weeks ago.

In total, the war-torn Eastern Africa nation will receive 1.2 million doses allocated to Somalia through the Covax facility.

The nation of an estimated 16 million people has been plagued with decades of civil war and an Islamist uprising that has left the government investing billions in military hardware to fight the terrorists.