Amazon Fires and The Mau Question: Why Raging Inferno in Brazil Should Resonate well in Kenya 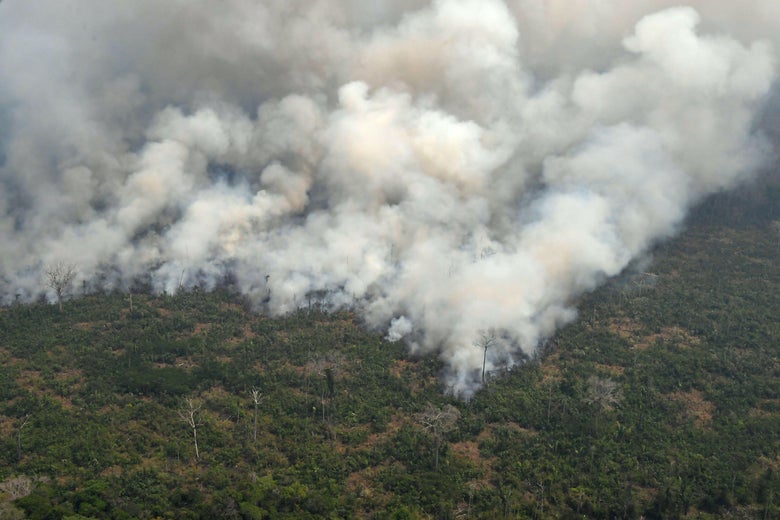 BY HENRY MARETE – For most of Friday Morning, #AmazonForest and #PrayForAmazon were the top two trending hashtags on Twitter globally as well as here in Kenya– and rightly so.

The world’s largest rain forest – Amazon in Brazil – has been consumed by raging forest fires for the last three weeks, prompting French President Emmanuel Macron to Tweet on Thursday;

“Our House is burning. Literally. The Amazon Rain Forest – The lungs which produce 20% of our planet’s oxygen – is on fire. It is an international crisis. Members of G7 Summit let’s discuss this emergency first order in two days #ActForTheAmazon

Macron, who has recently taken up the role of global leader on matters climate change after US President Donald Trump withdrew the US from the Paris Climate Accord in 2017 and went on record as referring to climate change a hoax, was making reference to this weekend’s meeting of leaders of the world’s top 7 economies (G7) at the French resort of Biarritz.

Macron’s tweet and plea to the rest of the world to help save Amazon forest added impetus to global response to the crisis with UN Secretary-General Antonio Guterres expressing deep concern.

“In the midst of the global climate crisis, we cannot afford more damage to a major source of oxygen and biodiversity. The Amazon must be protected,” he tweeted.

Apart from being the source of 20% of global oxygen supply (including medical oxygen used in hospitals to resuscitate patients who can’t breathe on their own), the Amazon rain forest also produces a fifth of the world’s fresh water supply.

It is home to about 3 million species of plants and animals, as well as up to a million indigenous people. It covers an area of 2.1 million square miles (about 3.4 million square kilometres).

But, it is right now literally going up in smoke, thanks to over 75,000 forest fires, putting all that at risk. This, coming at a time when the Intergovernmental Panel on Climate Change (IPCC), the UN organ on matters climate change, has warned that to keep the rise in global temperatures below 1.5% this century, emissions of carbon dioxide would have to be cut by 45% by 2030.

Now, plants and trees take in carbon dioxide and release oxygen through the process of photosynthesis, meaning the more of Amazon and other forests we lose, the less chance we have to effectively combat devastating effects of climate change that are now manifest for everyone to see.

And so today, observers recognize that decisive political steps to enable cuts in carbon to take place will have to be taken before the end of next year, if we are to save our planet ahead of the 2030 deadline, which is hardly 11 years away!

Which brings us closer home, to Kenya’s own Mau Forest, a 273,300-hectare complex in the rift valley that houses the largest montane forest in East Africa. It is the source of several rivers including Southern Ewaso Nyiro, Sondu, Mara and Njoro, which feed Lake Nakuru, Lake Natron and Lake Victoria, Africa’s largest.

It is the country’s largest water tower accounting for most of the rain received in some of the more productive sections of a nation that is heavily reliant on rain-fed agriculture.

However, subsequent attempts to reclaim the forest following years of encroachment and deforestation have always come a cropper mainly because of political grandstanding.

But this time, the Government says it will not back down on its latest planned eviction that will see over 10,000 people illegally settled on the key water catchment area relocated and up 1,274 irregularly acquired title deeds cancelled.

One can only hope that, drawing lessons from what is happening in far away Brazil, and cognissant of the threat posed by climate change to our planet, the eviction and Mau forest reclamation exercise is supported one and by all; – for just like the Amazon rain forest is aptly referred to as the lungs of the world, the Mau forest complex should be viewed as the lungs of Kenya.