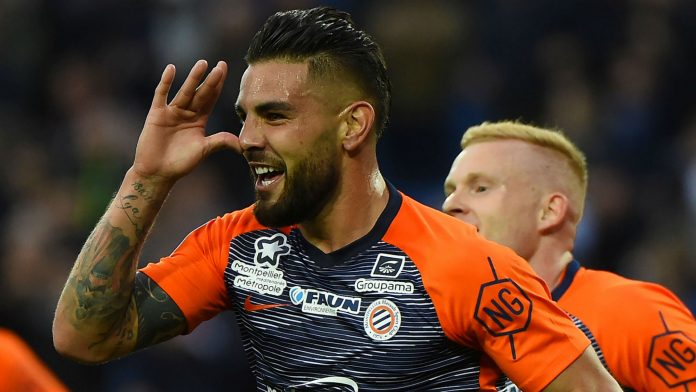 The 29-year-old has been delivering eye-catching performances for Michel Der Zakarian’s men and against the Reds, he shone.

Delort was handed a starting role in the encounter and utilized the opportunity to score his 12th goal of the season and ensured his side extended their unbeaten run to 13 games across all competitions.

Montpellier started the game sluggishly and almost paid for it in the fourth minute when Burak Yilmaz found himself in a one-on-one situation with goalkeeper Jonas Omlin but he managed to miss the target.

Another fine opportunity fell in the way of Lille to open the scoring in the 12th minute but Yilmaz’s shot was blocked.

Montpellier gradually pushed for the opening goal and got it in the 36th minute when Delort headed home from close range after receiving a sublime pass from Gaetan Laborde.

In the 55th minute, Jonathan Bamba fired a long-range effort from outside the box in an effort to try and level matters for Lille.

With five minutes left before the end of the game, Luiz Araujo levelled proceedings for Lille after receiving a timely assist from Mehmet Zeki Celik.

The draw ensured Montpellier are now placed eighth on the league table after accruing 47 points from 33 games.

The draw ensured Montpellier are now placed eighth on the league table after accruing 47 points from 33 games.