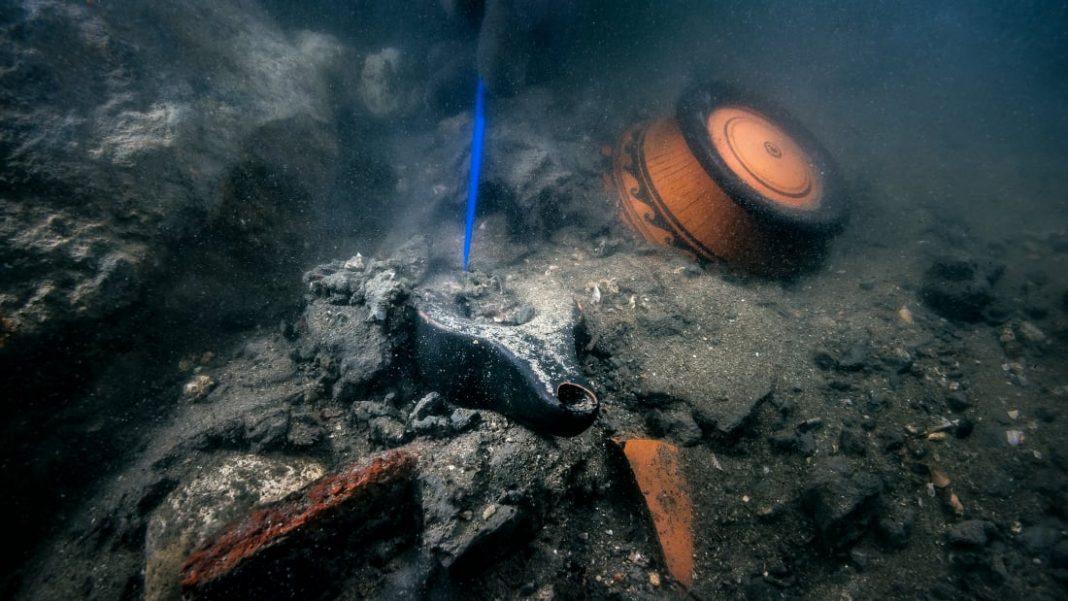 Archaeological “treasures” have been unearthed at the site of the ancient drowned city of Thonis-Heracleion, off Egypt’s coast, including Greek ceramics and 2,400-year-old wicker baskets loaded with fruit.

According to IEASM, their 2021 trip, which was carried out in close collaboration with Egypt’s Ministry of Tourism and Antiquities, yielded “very fascinating data” at the site of Thonis-Heracleion in the Bay of Aboukir.

It was “covered with sumptuous funerary offerings” dating back to the beginning of the fourth century BCE, IEASM said.

The tumulus is 60 meters long and eight meters wide, and it “looks like a kind of island encircled by waterways,” according to IEASM.

“We found signs of burned material everywhere,” Goddio stated, according to the IEASM statement.

Trump Launches His Own Social Media