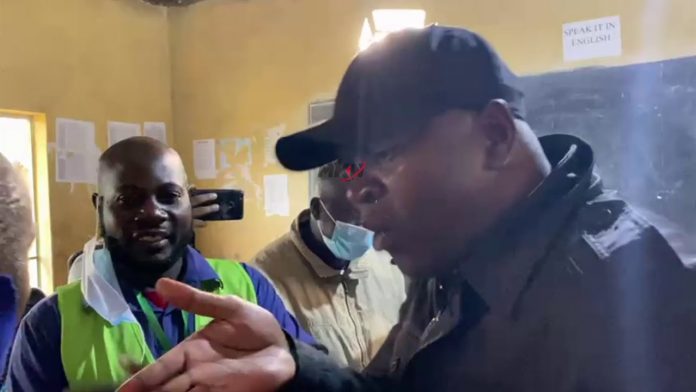 Former Sports CS Rashid Echesa has been ordered to present himself to the police officers or be labelled as a felon. – By Gerald Gekara.

“The IG has further directed Hon. Rashid Echesa who is an the run after assaulting an election officer to surrender to the nearest police station by 1:00pm this afternoon otherwise he will be treated as an armed and dangerous criminal.”

Echesa is wanted for slapping an IEBC official during the hotly contested Matungu By-elections.

He was filmed arguing with the returning officers before slapping him.  Police officers who have been looking for the former government official, raided his home at Shibale area in Mumias West but did not apprehend him.

Echesa is however not new to controversy. The staunch DP Ruto was at the center of a military contract that never materialised.

Echesa was charged in February 2020 with six counts of making a false document in the Sh39.5 billion fake arms deal among other offences.

This resulted in the confiscation of his cars, and firearms.

He joins the list of tangatanga politicians who have had multiple run ins with the law.

They were arrested and charged for allegedly intimidating voters during the ongoing by-election in Kabuchai Constituency in Bungoma County.