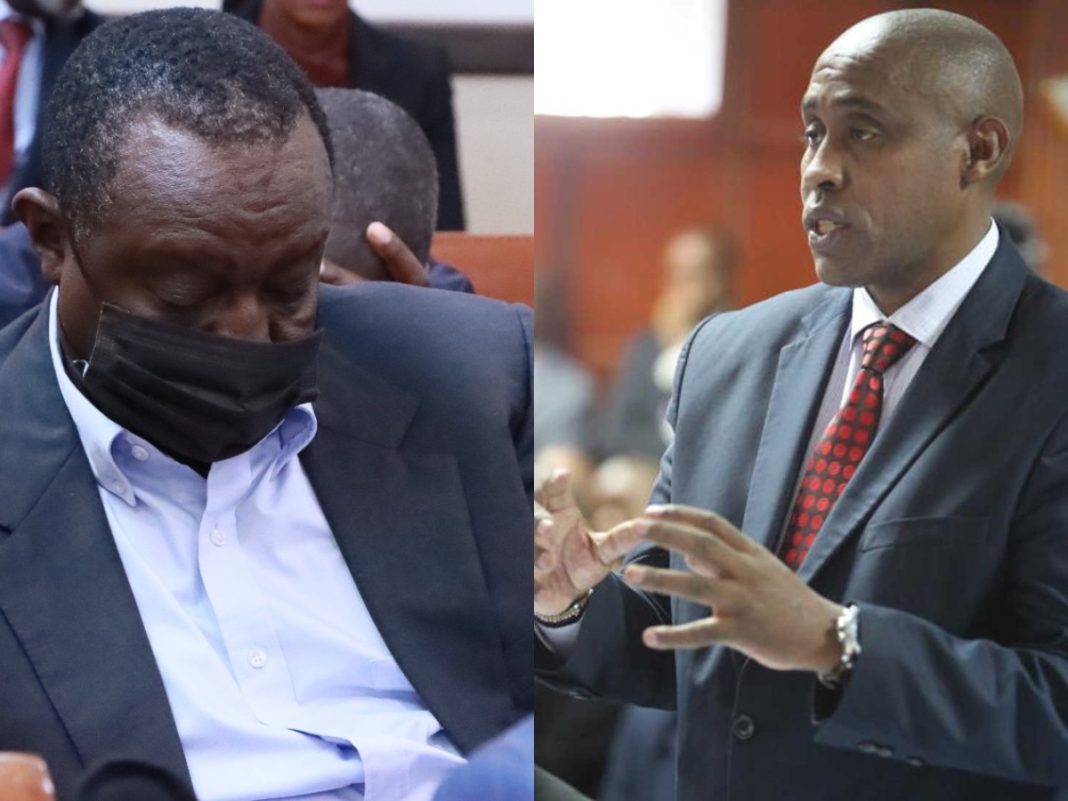 The office of the Directorate of Public Prosecutions has lamented that there has been widespread tampering of witnesses in the Arror and Kimwarer Multipurpose Dam Scandal.

Alexander Muteti, the Deputy Director of Public Prosecutions, has told the anti-corruption court that there has been massive witness interference in a case in which former Finance CS Henry Rotich is charged with Ksh63 billion in the Arror and Kimwarer dams scandal.

“I have confirmed from the DCI that there is an active matter that is under investigation for witness interference in this matter,” Muteti said.

“We have prosecuted matters in the past, but I must say with a heavy heart that this is a difficult process,” Muteti lamented.

The deputy DPP also informed the court that the Director of Public Prosecutions’ office had learned of serious efforts by the defense to persuade and interfere with witnesses’ appearance in court to testify.

This was revealed in court after Henry Rotich’s defense lawyer, Kioko Kilukumi, objected to witness Gideon Rotich being called to testify.

Kilukumi told the court that the court had issued pretrial guidelines on the order in which each witness will be called and the documents to be relied on.