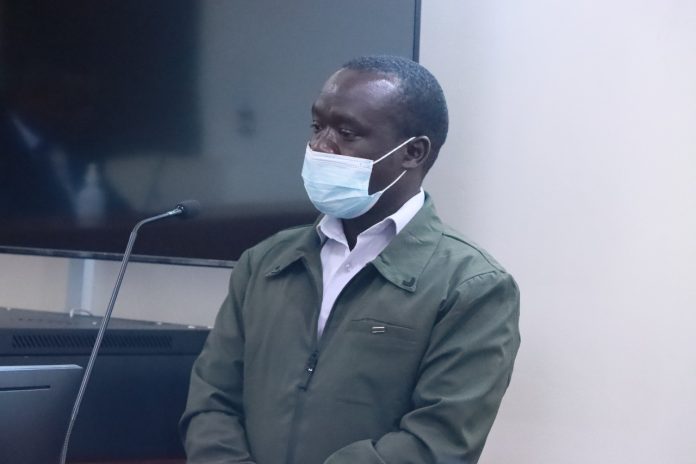 There was confusion in Nairobi’s Milimani Court after a witness refused to cooperate in a proceeding of the ongoing Arror and Kimwarer case hearing.

Gideon Rotich, the second prosecution witness, surprised the Court after stepping inside the Dock to testify only to inform the Court that all along, the State Counsel has never bothered informing him that he was a state witness in the case.

The witness said that he got a call from Mr. Tunoi from the DCI offices that he should visit the office and in the evening the DCI send him a message that he should come to Court by 0900 hours.

“The DCI told me I should come to court and I should not leave unless otherwise permitted until the session ends,” said Gideon.

He proceeded to say that the prosecution asked him whether he was aware he wrote a statement which he refuted by saying he saw the statement for the first time in court.

Asked why he appeared unsettled in court, the witness said he was not calm in the court environment because it was his past time to testify in any court of law.

The state counsel responded by saying that the whole world was mindful of the difficult situation in prosecuting the graft case.

“Am mindful and the whole state is mindful at the predicament in which we find ourselves, I want to leave it at this point that the ODPP has already made it clear to this court that there has been witness tampering in this case. We in light of what has just transpired, we will let the witness step down.” Lamented the prosecutor.

The being left in an awkward situation had no choice but to adjourn the case.