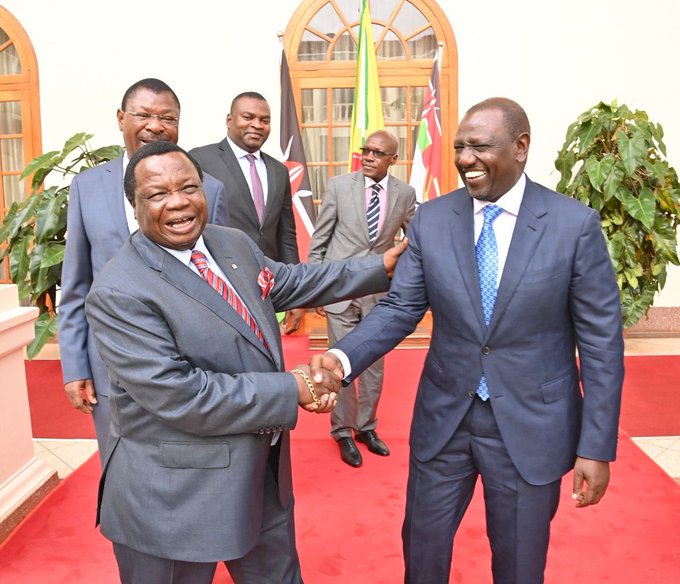 COTU-K Secretary General Francis Atwoli, a vocal opponent of President Ruto prior to the elections, was present as President William Ruto met with Luhya leaders at State House in Nairobi on Thursday.

The coalitions Azimio and Kenya Kwanza were present at the meeting.

In a post on his social media platforms, Mudavadi stated that they discussed and agreed on leaders’ unity of purpose as well as the sharing of national resources for the region’s social-economic development.