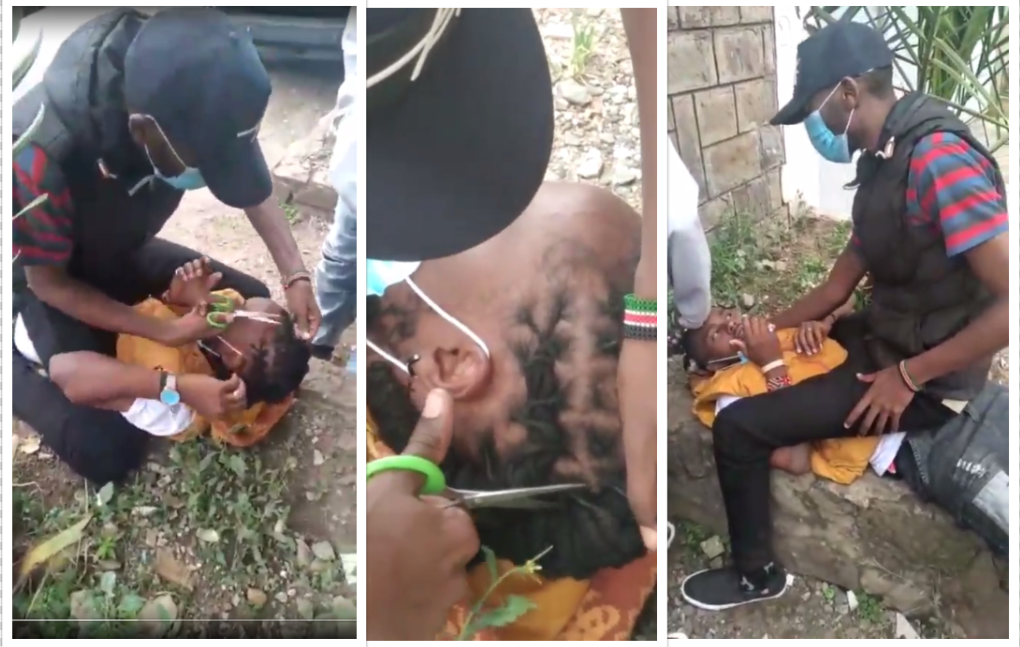 A man’s well-fixed, and styled dreadlocks were forcibly cut off in Nairobi’s Kayole estate for what witnesses called late payments.

The victim who was cornered by the barber as went about his businesses, is said to have gone for 7 months without paying for the service.

The video that went viral on social media, depicted the barber pinning down the man, and forcefully cut off his dreads in broad daylight.

The victim pleaded with his assailants to spare him since times were tough.

“I haven’t refused to pay. I will compensate you. It is only that i dont have a job.”

However, the group could hear none of that.