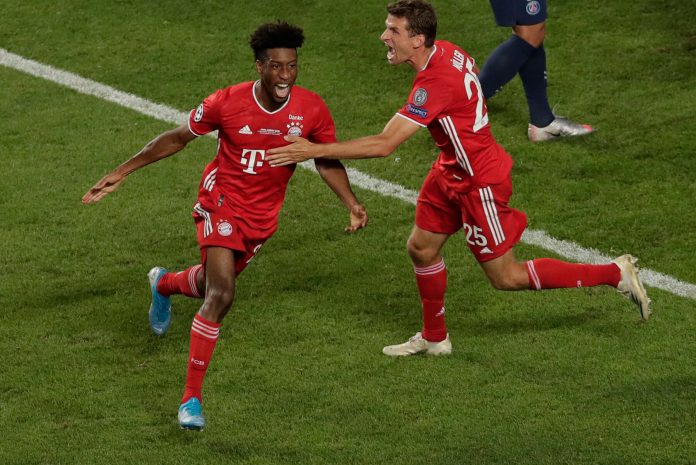 In that moment of elation, the cameras hunted for despair. They found it in the slight, forlorn shape of Neymar, sitting on Paris St.-Germain’s bench, a perfect picture of heartbreak. Neymar, with tears in his eyes. Neymar, staring into the middle distance. Neymar, with his head in his hands.

Here, in tight focus, was the shot, the story. No player fits so neatly as an avatar for their team as Neymar. He is the most expensive player in the world, and his club is the richest project soccer has ever seen. His career has been shaped by money, and the club’s ambitions are fueled by it. He is the star concerned only with his own light. He is the princeling who yearned to be king. He is the modern P.S.G. made flesh.

His quest is his club’s quest: to win hearts and minds, to prove their greatness and their worth and, in doing so, to gain recognition and acceptance. Both see the Champions League as the only stage on which that can be achieved. Both had failed at the last step on Sunday: a single goal had been enough to give Bayern Munich a 1-0 victory and a sixth European crown, and prolong the agony of P.S.G.

In those lingering camera shots, in the silence, Neymar not only illustrated how that felt, but exposed the limitations that had led him, and his team, here. It is always easier to tell an individual story than a collective one. There is no one image — not Joshua Kimmich’s artful cross, not Kingsley Coman’s precise header, not Manuel Neuer’s trophy lift — that encapsulates the source of Bayern’s success.

Nor is there a single, pithy explanation. Bayern was, by a shade, the better team in a final that produced a dish quite distinct from any of its ingredients. Two teams front-loaded with attacking talent combined in Lisbon to create a game — a compelling, absorbing game — that was more slow-burn drama than quick-fire entertainment.

Both defended with grit and steel and thought. Neither was quite as assured as normal. Robert Lewandowski was a touch short of his ruthless best leading the Bayern line; Kylian Mbappé was not quite as explosive as he could be for P.S.G. Neymar did not want for work ethic, but his invention was just a little lacking.

Both teams were in pursuit of a domestic and European treble — league, cup and Champions league silverware — and yet neither was quite itself. Bayern won because it came closer than P.S.G., because its self-perception is better defined, because it draws its strength and its wonder from its system, not from the lavish talent of its individuals.

Hansi Flick, Bayern’s coach, had the courage not to change tack out of respect for — or fear of — P.S.G.’s fearsome front line. Bayern played the high defensive line which, common consensus had it, Mbappé in particular would relish. He trusted his players not to blink. The margins were fine, and P.S.G. hardly played badly, but the reward justified the risk.

That will be of scant solace to Neymar and his teammates, of course. The identity of the player that proved their undoing will add a little sting for P.S.G., too. Coman was born and raised in Paris; he joined P.S.G.’s youth academy as a child. He was a teammate of Presnel Kimpembe, the French champion’s central defender, until both were 18.

Coman made his first appearance for P.S.G.’s senior team at 16, the youngest player ever to do so. Like so many others, he is a product of Paris and its banlieues, the suburbs and satellite towns that are, perhaps, the most fertile breeding ground for soccer players in the world. Only São Paulo, Buenos Aires and South London even come close to rivaling it.

And yet Coman, like Paul Pogba and Ngolo Kanté and even Mbappé, until he was brought home at vast cost, got away. Coman left for Juventus in 2014, having grown frustrated at the lack of opportunities he was offered by his hometown team. The scale of investment from P.S.G.’s Qatari backers had by then made the club fallow ground for young prospects. Coman went to Italy, and from there to Munich. Now he has returned to haunt the club that made him, to vanquish it when it was in sight of its goal.

But one picture does not tell a story. Coman’s career has been remarkable. He is only 24, and yet he has already won 20 major trophies. Every season that he has been a professional — he made his debut in 2013 — he has ended as a league champion: twice with P.S.G., once with Juventus, five times with Bayern.

Coman is, in other words, the ultimate player for European soccer’s superclub era. He is the embodiment of the game’s stratification, for how different the world of the elite is from that of those mere mortals who might not win a championship every single season of their career. In these circumstances, it feels almost inevitable that at some point he was going to score the winning goal in a Champions League final. He is proof that, at a certain height, it is almost impossible to fall.

For all Neymar’s tears, he and the team he represents — in more ways than one — are precisely the same. Sunday’s final had been dressed up as a meeting between two visions of soccer: the old power and the new money, the establishment and the insurgent, the immovable object of European soccer’s self-appointed aristocracy and the unstoppable force of a sports team co-opted as the marketing tool of a nation state.

In Bayern Munich’s victory, it is possible to draw the conclusion that there is, for now, at least, some sort of winner. Paris St.-Germain has obsessed over the Champions League for a decade. It has spent billions in pursuit of it. It has inveigled its way into the corridors of power and it has broken the rules, both in letter and in spirit, and it has done its best to shift the landscape to its own ends. It wants nothing more than that one trophy, that ultimate vindication of its plan.

And though it came closer than it ever had before this summer, it has failed again. Chalk up a victory not necessarily for the good guys — Bayern Munich, for all its folksy customs, is not what any outsider would call lovable — but for the way things have always been. The old certainties hold. The new order has not been established, and Neymar is sitting on the bench in tears.