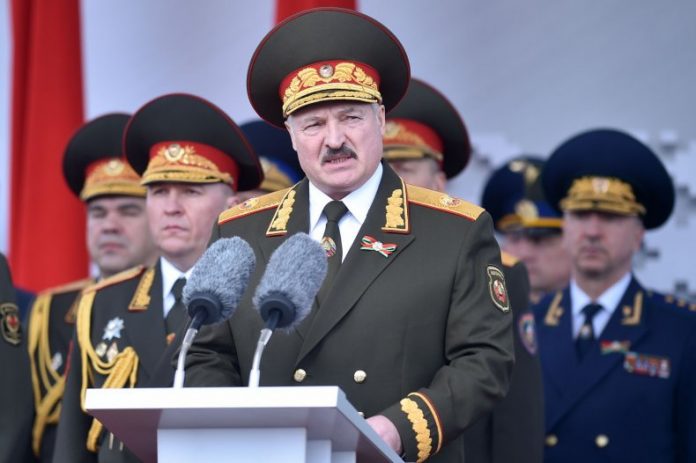 Belarusian President Alexander Lukashenko said on Monday that he would be ready to hold new elections and hand over power after a constitutional referendum in an attempt to pacify mass protests and strikes that pose the biggest challenge to his political career, the RIA news agency reported.

European Union (EU) leaders will hold emergency video talks on Wednesday on the crisis in Belarus, where protests are swelling against the disputed re-election of Lukashenko. The meeting was called by EU Council President Charles Michel after Russia said it was ready to provide military help to its ally Lukashenko.

Ukrainian Foreign Minister Dmytro Kuleba said on Monday he had recalled the ambassador to Belarus for consultations to assess the prospects of further bilateral relations between the two neighbors “in the new reality.”

“The development of events in Belarus, whose society has expressed a vote of no confidence in the official results of the presidential elections in Belarus, is fundamentally changing the situation in Belarusian-Ukrainian relations,” Kuleba said in a statement.

Belarusian President Alexander Lukashenko said on Monday he would be willing to hand over power after a referendum in an apparent bid to pacify mass protests and strikes.

The country’s central election commission announced on August 14 that Lukashenko had been re-elected to a sixth term in office with 80 percent of the votes.

Omanga, Jumwa among 10 Leaders wanted over By Election chaos

Not yet Uhuru for Sudan, lesson learned from food riots