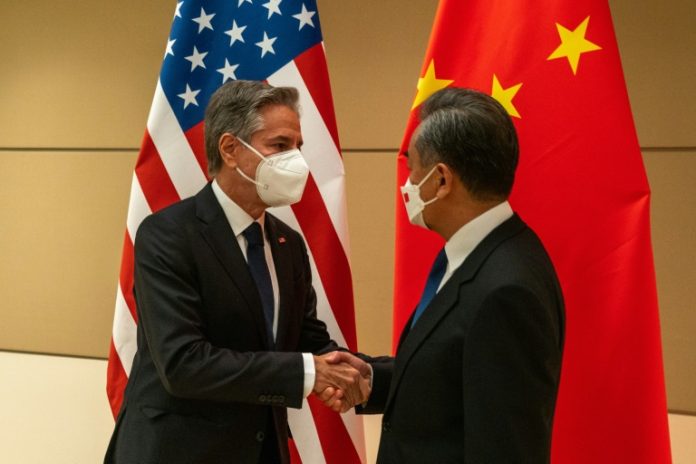 US Secretary of State Antony Blinken called for calm in Taiwan, as rising tensions appeared to be easing a notch.

Blinken met Chinese Foreign Minister Wang Yi for 90 minutes on the sidelines of the UN General Assembly in New York, in talks described as “extremely candid” and centered on Taiwan.

According to a State Department statement, Blinken “emphasized that preserving peace and stability across the Taiwan Strait is critical to regional and global security and prosperity.”

According to the statement, which used the acronym for the People’s Republic of China, he discussed the need to maintain open lines of communication and responsibly manage the US-PRC relationship, particularly during times of tension.

The exchange on Taiwan was described as “direct and honest” by a State Department official.

According to the official, Blinken also renewed US warnings not to support Russia’s invasion of Ukraine, amid cautious US hopes that Beijing is moving away from Moscow, a nominal ally.

Wang met with Ukraine’s foreign minister in New York for the first time since the war began, and during a Security Council meeting on Thursday, emphasized the need for a cease-fire rather than support for Russia.

According to the US official, Blinken insisted to Wang that “no change” had occurred in the US policy of only recognizing Beijing and expressed opposition to “unilateral changes to the status quo” by either side.

Wang also met with US climate envoy John Kerry in New York, despite China’s announcement after Pelosi’s visit that it was limiting cooperation on the issue, which is a top priority for Biden.

However, in a speech prior to his meeting with Blinken, Wang called Taiwan “the biggest risk in China-US relations” and accused the US of fomenting pro-independence forces.

“Taiwan independence is like a ferocious great rhinoceros charging at us. It must be firmly stopped “He made the remarks at the Asia Society think tank.

He slammed the US decision to “allow” Pelosi’s visit to Taiwan, despite the fact that she is second in line to the presidency after the vice president. While privately concerned about her trip, the Biden administration pointed out that Congress is a separate branch of government.