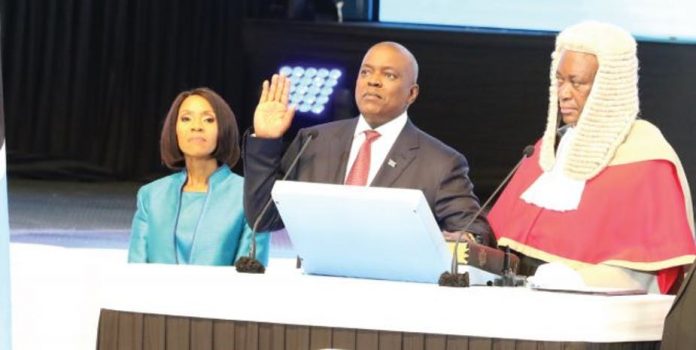 Women’s rights activists in Botswana are applauding the government’s decision to allow wives to own land alongside her husband. Women’s groups say the action allows women to be independent in marriages and also have the same rights to land as any other person.

“The Botswana Land Policy 2015 was discriminatory against married women and did not give them equal treatment with men, and I am happy to report that this discriminatory sub-section has since been repealed,” the president said at a virtual briefing.

Under the old policy, only unmarried women or the wives of men who did not already own land were eligible for land rights. The discrimination left millions of married women, widows and single mothers without access to the land where they live and work.

Women face a host of barriers to owning land – be it through skewed inheritance rights or restricted authority over assets – in 40% of countries, World Bank research shows.

Although most African and Asian farmers are women, only about 15% of global farmland is owned by women, according to Landesa, a global land rights organization, with experts predicting increased inequality due to the coronavirus.

Masisi said on Twitter that the new policy would also protect widows and orphans who may be the head of their households.