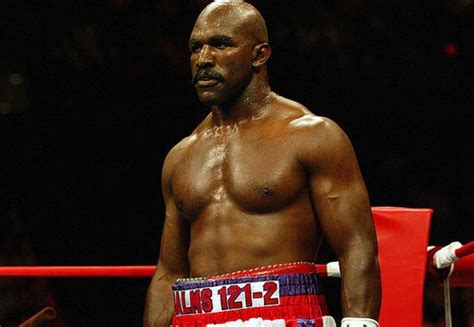 Evander Holyfield has announced he will return to boxing at the age of 57.

In a fundraising effort, the four-time world heavyweight champion is to fight in exhibition bouts for charity campaign Unite 4 Our Fight.

Are you ready? The moment you’ve all been waiting for…
The Champ is back! 🥊 I’d like to announce that I will be making a comeback to the ring. I will be fighting in exhibition matches for a great course.

“The moment you’ve all been waiting for…. The Champ is back,” he wrote on social media.

“I’d like to announce that I will be making a comeback to the ring.

“I will be fighting in exhibition matches for a great cause. I’m training to promote a charity that’s very close to me.

“Our #Unite4OurFight campaign aims to provide students the resources they need for emotional development and education.”

Holyfield’s return raises the prospect of a third showdown with his great rival Mike Tyson.

Tyson recently revealed he is also planning to put his boxing gloves back on to compete in charity exhibition fights.

The 53-year-old claims to be in the best shape of his life as he prepares to get back in the ring.

Tyson was significantly bigger back in 2018 and is now back in great shape
Holyfield and Tyson met twice in the 1990s, with their second showdown providing one of the most shocking moments in boxing history.

Having suffered a surprise 11th-round defeat in their first meeting, Tyson was disqualified in the rematch after he twice bit Holyfield, taking a chunk out of his rival’s ear.

The pair have since become great friends and have been pictured together on numerous occasions.

They last shared a ring together in February, as star guests for Tyson Fury vs Deontay Wilder part 2 – at the same Las Vegas venue where their infamous rematch occurred.