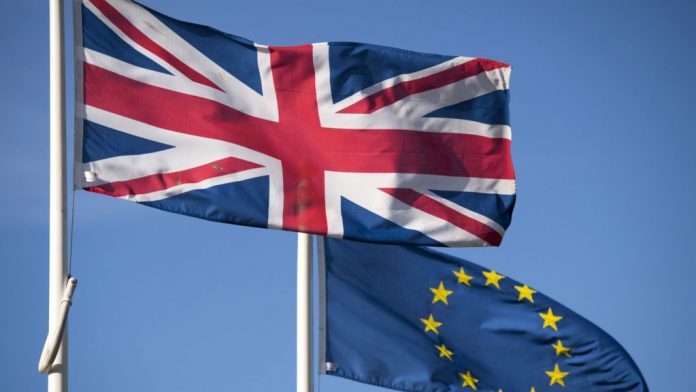 All overseas players joining English clubs must qualify for entry through a points-based system when the Brexit transition period ends on 31 December.

Points will be awarded for senior and youth international appearances, club appearances and the pedigree of the selling club.

The Football Association, the Premier League and the English Football League have come together to agree the plan.

Clubs will also not be able to sign overseas players until they are 18.

Signings of overseas players aged under 21 will be limited to three in the January transfer window and six per season after that.

Post-Brexit, English clubs will not be able to sign players freely from the European Union, and the new system sets out the rules for transfers once the transition period ends.

The proposal from the FA, Premier League and EFL – which will see players given a governing body endorsement (GBE) – was submitted to the UK government in November and has now been approved by the Home Office.

In the women’s game, the entry requirements will not take youth international appearances, nor the selling club’s progression in European competitions, into account.

All transfers of male and female players will be sanctioned using a points-based system, which is already in place for non-EU players without the right to work in the UK.

Players who accrue the required amount of points will earn a GBE automatically, while players just outside the requirements may be considered for a GBE by an exceptions panel.

The system means Brexit should not “damage the success” of the Premier League or the “prospects of the England teams”, according to Premier League chief executive Richard Masters.

“Continuing to be able to recruit the best players will see the Premier League remain competitive and compelling,” he said.

“The solution will complement our player development philosophy of the best foreign talent alongside the best homegrown players.”

What it may mean

This has been seen in some quarters as a victory for the FA, which always saw the restrictions that Brexit would impose on clubs making signings from the EU as an opportunity to boost the selection chances of homegrown talent – and therefore help future England teams.

Why? Well under the new entry rules, European players will have to acquire 15 points to gain a ‘GBE’ and be allowed to sign for a top-flight club. Originally the Premier League had wanted this threshold to be just nine points – meaning it would be easier clubs to sign promising young players. The FA, meanwhile, had pushed for it to be 18 points, making it harder, and therefore preventing the market being flooded with overseas talent at the expense of English players.

It appears that with 15 points being settled on, the Premier League has had to compromise more than the FA. Certainly the ban on the signing of under-18s and restrictions on under-21 transfers will have a major impact on some clubs. There will be concerns that this could weaken the quality of the league, and drive up prices for English players, putting more of an emphasis on academy recruitment.

But the Premier League believes that the criteria for gaining points have been sufficiently softened, a decent compromise has been reached, and that its clubs will largely be able to sign the talent they want to.

Eye on Republicans as Trump impeachment lands in the Senate