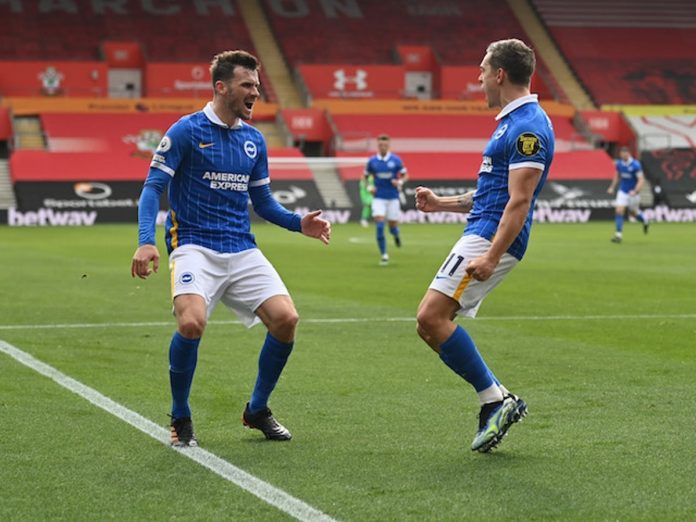 Brighton boosted their hopes of Premier League survival by cruising to an emphatic 3-0 victory over relegation rivals Newcastle. – By Madellene Kalunda.

The hosts dominated the opening 45 minutes and got their reward on the stroke of half-time when Leandro Trossard’s curled effort found the bottom corner.

After the break, Ryan Fraser struck the woodwork for the visitors but two minutes later they were further behind as Danny Welbeck’s strike doubled Graham Potter’s side’s advantage.

The pressure is firmly on Toon boss Steve Bruce with just nine games remaining in the campaign. His side sit just two points above the relegation places, albeit with a game in hand on 18th-placed Fulham, who lost to Leeds on Friday evening.

After 30 minutes, the hosts were dominating possession and had had five shots, including two on target, with Newcastle yet to test Robert Sanchez in the home goal.

Newcastle had to wait until the 37th minute for their first opportunity when Isaac Hayden headed wide at the far post.

Only one point separated Brighton and Newcastle in 16th and 17th place before Saturday night. Despite their similar standings, it would be difficult to find two relegation contenders in such contrasting moods.