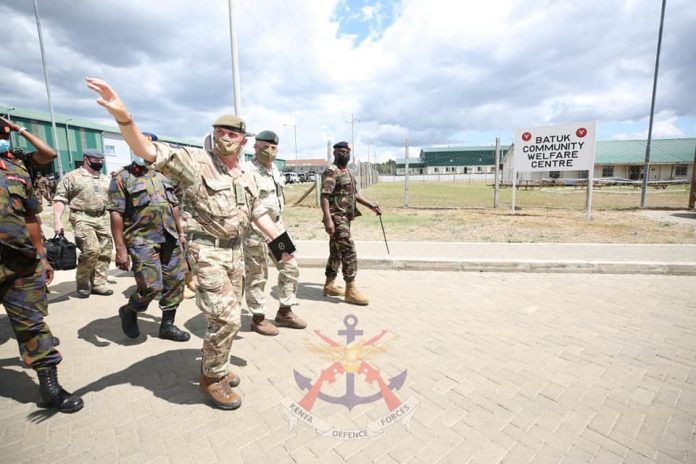 On Tuesday, 6 April 2021, General Robert Kibochi received General Sir Nick Carter who inspected a Guard of Honor mounted by the 9th Battalion Kenya Riffles before the two engaged in bilateral talks regarding cooperation between militaries of the two nations.

The CDF was accompanied by the Kenya Defence Forces (KDF) Service Commanders.

On Wednesday, General Carter concluded his tour by visiting the British Army Training Unit in Kenya – BATUK in Nanyuki where he was briefed on joint military training and exercises that the UK troops partake while in Kenya.