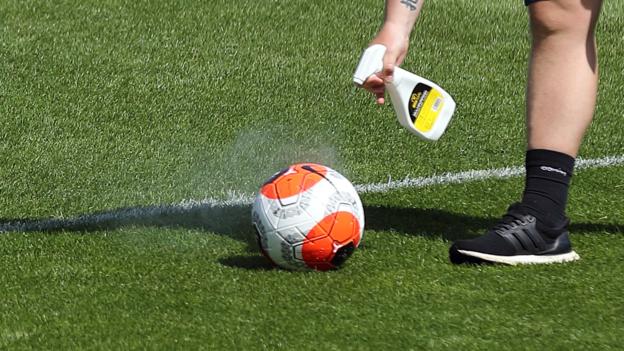 After a near three-month shutdown, all competitive sport in Britain can resume from June 1 behind closed doors provided strict conditions are met, the government said on Saturday.

The first major live event is expected to be the 2000 Guineas Stakes horse race at Newmarket on June 6.

No competitive top-level sport has taken place in Britain since March as the country deals with the coronavirus pandemic that has killed more than 38,000 people in the UK.

In a document published on Saturday by the Department for Digital, Culture, Media and Sport (DCMS), Culture Secretary Oliver Dowden outlined the strict criteria that must be met to allow elite athletes and professional sportsmen to resume.

“The wait is over. Live British sport will shortly be back on in safe and carefully controlled environments,” he said.

“This guidance provides the safe framework for sports to resume competitions behind closed doors. It is now up to individual sports to confirm they can meet these protocols and decide when it’s right for them to restart.”

League to return to action in June. Premier League shareholders this week agreed a return to contact training with a provisional restart date for of June 17, provided all safety requirements are in place.