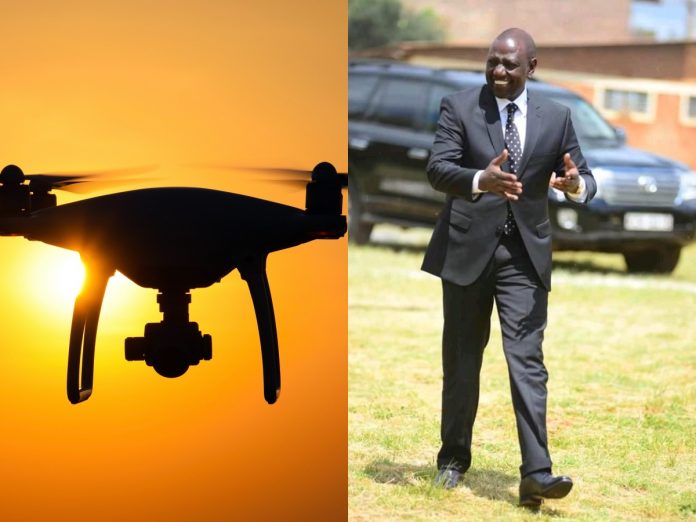 The Kenya Police is holding a 37-year-old British national who was arrested after his drone was spotted hovering above Deputy President William Ruto’s residence in Karen, Nairobi.

According to Nairobi Regional Commander Augustine Nthenge, the incident was reported at about 3pm, on Monday evening when Mama Rachel Ruto made a distress call to the police.

Mr. Hind Jeremy was apprehended shortly after it was established that the flying object was his.

The incident comes at the wake of a legalization of the controversial drones was implemented by the Kenya Civil Aviation Authority (KCAA).

The state firm has allowed the use of drones within the country, but under certain stringent measures.

The suspect is currently in police custody for legal processing and investigations.