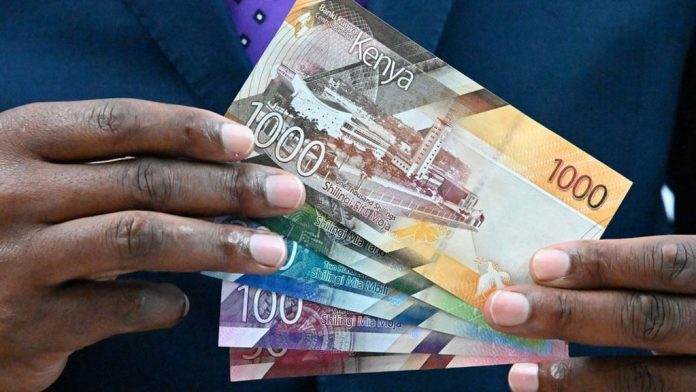 BY HENRY MARETE – Central Bank of Kenya Governor Dr. Patrick Njoroge has reiterated that the October 1st deadline set during the Madaraka Day launch of the country’s new generation currency for those holding Ksh. 1, 000 denomination notes to retire them, is cast in stone.

Speaking in Kwale County over the weekend as he inaugurated a nationwide sensitization campaign on the ongoing demonetization dubbed “Badilisha Noti Za Elfu Moja Sasa”, the Governor once again warned that the old Ksh.1, 000 will be rendered valueless, as at the stroke of midnight, September 30th.

“I want you to take this message to every corner of the country that people have to dispose of their old Sh1, 000 bank notes by September 30. We shall not extend the period,” Njoroge said.

Without providing exact figures, the Governor regretted that the Central Bank, the country’s sole issuer of currency and custodian of its monetary policy, had not received enough of the old banknotes as it had anticipated.

The new notes are identifiable through a number of ways including touching, identifying a distinctive watermark and pictures.

Additionally, they all bear an image of Kenyatta International Convention Centre (KICC) and features meant to make them user-friendly to the visually – impaired.

During the June 1st launch presided over by President Uhuru Kenyatta in Narok County, Dr. Njoroge had noted that the new generation bank notes were also meant to curb counterfeits, money laundering and other illegal financial flows which were hurting the formal economy.

“To deal conclusively with these concerns, all the older one thousand shilling series shall be withdrawn. By a Gazette Notice dated May 31, 2019, all persons have until October 1, 2019, to exchange those notes, after which the older one thousand-shilling banknotes will cease to be legal tender”, the Governor said.

However, the design of the new Ksh.1, 000 banknote is currently subject of court petitions lodged by a number of litigants, among them activist Okiya Omtatah who is contesting the inclusion of the portrait of Kenya’s founding President Jomo Kenyatta outside the KICC, arguing that it flew in the face of a 2010 Constitutional provision stipulating that Kenyan currency shall not bear the image of any individual.