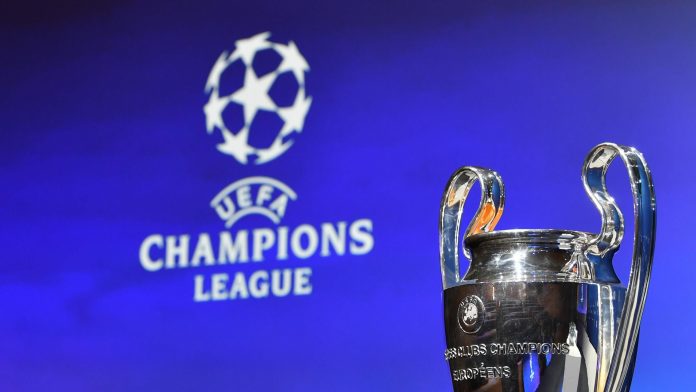 The four Champions League round of 16 second-leg ties postponed because of COVID-19 in March will be played next month in the stadiums of the home teams providing travelling is possible without restrictions, UEFA said on Thursday.

European soccer’s governing body added in a statement that the same arrangements would apply to the outstanding second-leg matches in the Europa League round of 16 ties.

UEFA also said that all matches in European club competition would be played without spectators until further notice, a measure it described as prudent.

The Champions League ties still to be completed are Manchester City v Real Madrid, Bayern Munich v Chelsea, Juventus v Olympique Lyonnais and Barcelona v Napoli. The matches are due to be played on Aug 7-8.

UEFA said the decision on the fixture arrangements was “consistent with the principle of sporting fairness” and took into account the fact that all four home teams are currently playing domestic matches in their own stadiums.

However, UEFA added that it would monitor the situation and move matches to Portugal if “new events occur that would make it impossible to play one or more matches at the original venues.”

The final stages of the Champions League, from the quarter-finals onwards, will be played as a mini-tournament in Portugal and the Europa League in Germany, with the draws to be made on Friday. All those matches will be over one leg.

UEFA confirmed that the two Europa League ties where the first leg did not take place — Inter Milan v Getafe and Sevilla v AS Roma — would be played over a single leg in Germany.

UEFA said it would be mandatory for all participating teams to follow its health protocol which sets out sanitary and hygiene-related procedures at all matches it organizes.