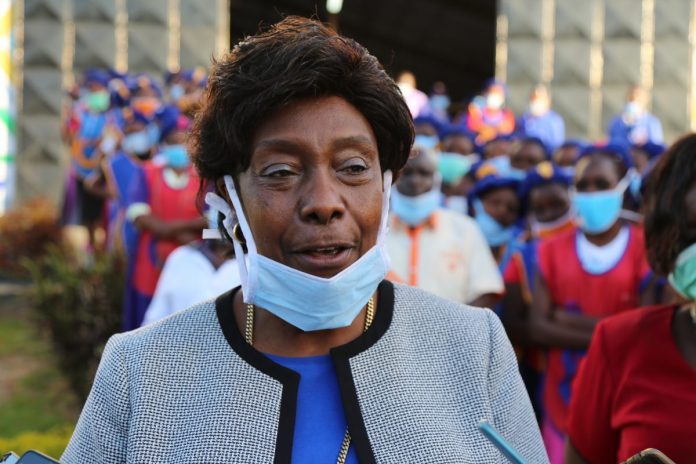 Kitui County governor Charity Ngilu has come out to condemn the rising instances of domestic violence, blaming the vice on ‘sadistic violent men’. – By Gerald Gekara.

In her statement, Charity Ngilu called upon society to shun violent and unnacceptable practices that lead to violence, and murder of women in the society.

“I refuse to believe that we as a society are ready to accept that any domestic differences will end up in a woman being physically harmed or worse, losing her life.

It is not acceptable that women become statistics of sadistic violent men. As a society we are failing our women and ourselves when we appear helpless in the face of this upsurge of gender based violence.” Charity Ngilu said.

She urged law enforcement agencies, primarily the Police unit in charge of investigating violent crimes, to deal with offenders.

“I call upon the law enforcement to act swiftly and decisively deal with perpetrators of GBV. As a society we must change our attitude towards GBV or we will lose our moral fabric. Violence cannot, has never been and will never be the answer to domestic differences.”

The statement came after the case of a Form Four girl who was stabbed to death in Kavasya, Kitui by her 27 year-old boyfriend.

According to witnesses, the 27-year-old also attempted suicide by stabbing himself with the knife shortly after the incident.