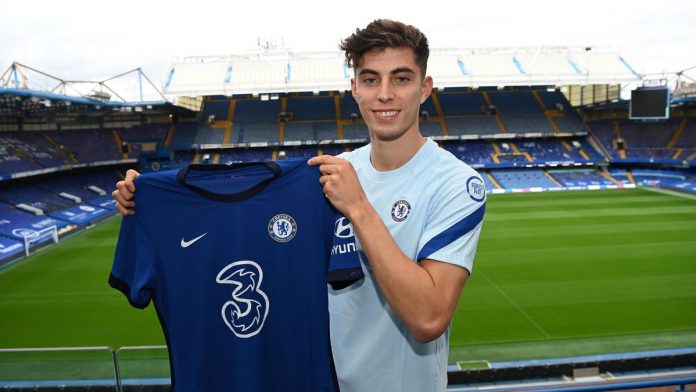 Kai Havertz is young at the age of just 21 but there is plenty to say about the German who joined the Blues today. We take a closer look at our newest signing here…

How old is Kai Havertz and what is his style of play?

Tall (he is 6ft 2in), fast and technically excellent, the 21-year-old has shown impressive versatility given his age. Predominantly a central attacking midfielder known for his accurate and incisive passing, along with an ability to retain possession in tight spaces and win the ball back in advanced positions, Havertz also played wide on the right earlier in his career, cutting inside onto his favoured left foot.

More recently, he proved himself a capable striker while filling in for that role due to injuries in the second half of 2019/20, and has been dubbed an ‘Alleskonner’ in his homeland – meaning a player who can do everything.

Which clubs has Kai Havertz played at and when did he make his debut?
Having received his early education at local lower-league clubs Alemannia Mariadorf and Alemannia Aachen, the former run by his grandfather, Havertz joined Bayer Leverkusen at the age of 11 in 2010 and made a name for himself in their youth set-up, receiving the Silver Fritz Walter Medal in 2016, given to the best Under-17 players in Germany.

He made his senior debut that same year, becoming the club’s youngest Bundesliga debutant, and continued to grow in stature over the course of the 2016/17 season. He made his first Champions League start in that season’s last 16, although he missed the second leg of their defeat to Atletico Madrid because it clashed with his school exams. Before the end of the campaign he had his first goal, in a 3-3 draw with Wolfsburg, making him Leverkusen’s youngest Bundesliga scorer.

By the 2017/18 season, Havertz was a regular in the team at the BayArena and becoming increasingly influential to the side, helping them return to European competition with a fifth-place finish. After the arrival of Peter Bosz as manager, he was installed as the side’s key attacking outlet, playing behind the main striker, with his eye for goal on full display as he hit the back of the net 20 times in the Bundesliga and Europa League, his most prolific season so far.He was initially given more of a free role in 2019/20, able to roam on and off the ball, looking to win back possession high up the pitch and craft chances for his team-mates, creating 58 opportunities resulting in a shot on goal in the Bundesliga – more than any other Leverkusen player.