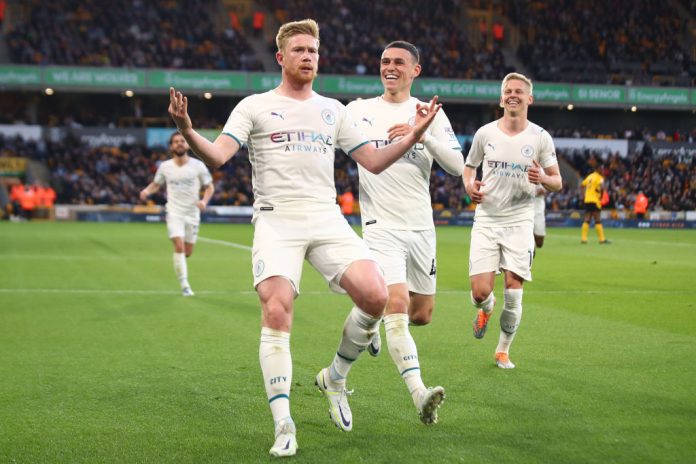 Manchester City thrashed Wolves 5 goals to 1 to clear a 3 point lead and a huge goal difference against Liverpool.

Should City defeat legend Steven Gerrard and his stuttering Aston Villa team, the title is theirs.

Unless Liverpool can put in 10 goals in the next two games…and city draw to Aston Villa and them lose to West Ham.

The last two games will determine who between German and Spaniard are the football Kings In Europe.

Liverpool will have lost their 4 trophy push. To City, and maybe Madrid and Chelsea.

Should this happen..and it looks ominous, Klopp will have been hampled. And may rethink his fixation with Saidio Mane, Mo Sallah and Firminho.

Since Manchester United and Arsenal roll signed as ordinary teams…Europa candidates…Liverpool has emerged as a force….and looks likely to retain its position.

Tottenham pretence to Premier league power has been nipped. And they look pretty confused. Despite the Antonio Conte wild antics on touchline

Chelsea oil billions are gone. But they have a new owner.