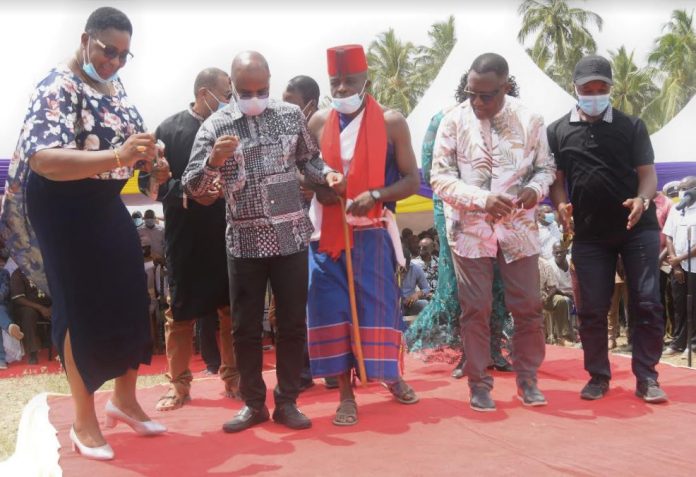 Kilifi Governor Amason Kingi’s hint that the Coast region will have a new political party by June this year has now awaken the debate about the political unity of the region ahead of the 2022 Election. – By Ramadhan Kambi.

The region has remained divided since independence with its disunity blamed for the under development and lack of proper man-power to push for the region’s economic development agenda.

Addressing mourners during the burial of former Kaloleni MP Gunga Mwinga, at Challani village, Kaloleni, Governor Kingi said the region is going to unveil the party in June and thereafter start the huge process of marketing it nationwide.

Mr Kingi said that with the region now holding about three million votes, time is up for the political class in the region to continue its dependency on non-local parties.

“We have about three million votes at the Coast and we should now stop being overreliance on other parties that are not from this region.

Come June this year, we shall have our own outfit that will be used to spearhead the region’s political campaign strategy,” the Governor added.

He blamed Coast politicians who have been fighting each other, saying that such politicians are the biggest hindrance to the political unity of the region.

“Our biggest problem is that even as we push for the unity of this region, backstabbing is still the norm with our leaders and I can say that this is the biggest undoing for the region,” he added.

Governor Kingi while eulogizing the late Gunga said he was a diligent and progressive leader, with ideologies and policies that gave priority to the welfare and interests of the ordinary Mwananchi, not only in Kaloleni Constituency, but also Kilifi County and the Coast region at large when he was the Chairperson of the Coastal Parliamentary Group (CPG)

“His immeasurable input in sectors such as education, security, health and unrelenting quest for the unity of the Coast people saw him stand out as a distinguished servant leader. He was a God-fearing man who stood with the Church and always chose peace over animosity throughout his career as a politician and a lawyer,” said Governor Kingi.