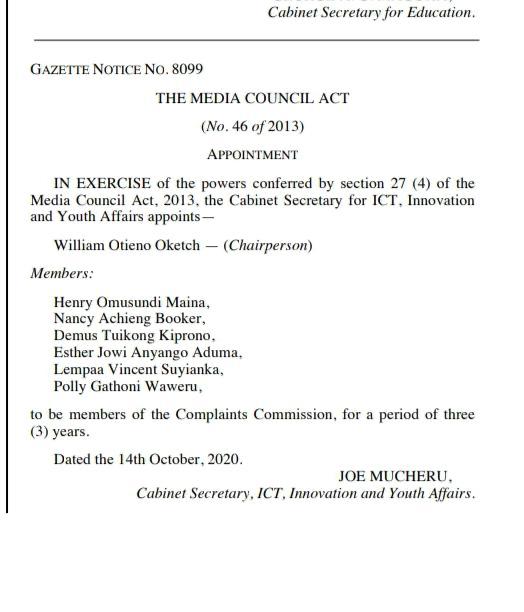 The Government has appointed a Commission to fast track complaints against the Media. The Complaints Commission will be chaired by Willis Otieno Oketch. The Commission is in compliance to the Media Council Act.

The body will receive and adjudicate complains over biased reporting by the Media. It will also reign in on fake news by individual journalists and their employers. This is the first Complaints Commission in Kenya and will reign in rogue journalists, while espousing media freedom.

It will be funded under the Media Council Act, but its decisions are independent. Other members are a former KBC staffer Lempaa Vincent, Poly Gathoni, Denis Kiprono, Nancy Achieng and Henry Omusundi.