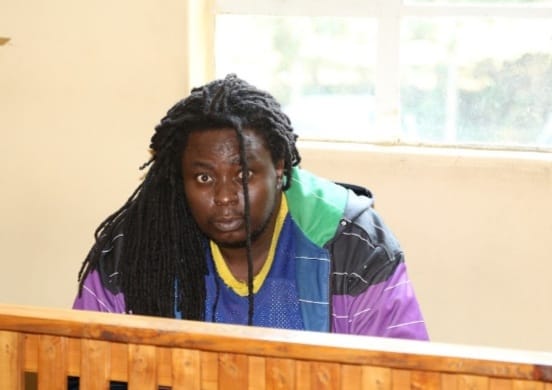 A Nakuru court has granted police the right to detain a man suspected of being the leader of the vicious Confirm criminal gang for 15 days.
Investigators were instructed by Principal

Magistrate Isaac Orenge to charge Mr Dickson Macharia Waithera within two weeks or release him.
The police had requested that Mr Waithera be held for 30 days in order to complete their investigation.
However, the magistrate determined that 15 days was sufficient.
The magistrate stated that the case was of great public interest and that police should be given adequate time to conduct thorough investigations.
“Prosecutors have persuaded the court that they have good reasons to warrant the suspect’s continued detention,” ordered the Magistrate.
Prosecutors requested the detention of Mr Waithera in court on Thursday. However, the court ordered that its decision on the application be issued on Friday, May 5.
Inspector Japin Nyachae stated in an affidavit that the police were investigating the suspect’s role in the killings of women in Mawanga, Bahati.
Mr Waithera is suspected of being the mastermind behind a string of crimes committed by Nakuru criminal gang members.
He claimed that the suspect was the leader of a narcotics trafficking network that had recruited over 200 young people.

Mr Waithera, according to the investigator, was a flight risk who was likely to interfere with witnesses if released on bond.

However, the suspect contended that further detention would violate his rights.

Mr Waithera was apprehended at his home in Kivumbini estate, Nakuru East sub-county, on Wednesday.

During his arrest, the police officers discovered Narcotics worth Sh 300, 000, Opium, and a laptop in his house.

Read More  CS Magoha: My Tenure Has Not Been Easy

According to Nakuru County Police Commander Peter Mwanzo, the suspect had been on police radar after evading capture several times.
He stated that the devices would be taken for forensic examination.
The suspect is expected to be charged on August 19, 2022.