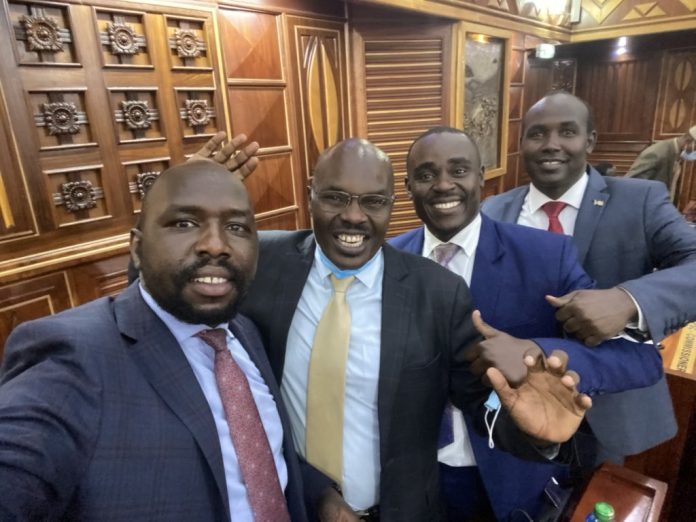 The senate finally agreed to a formula that will see counties receive money. Senators in a sitting unanimously agreed to the 12-member committee recommendations.

The shs53.3 billion promised by president Uhuru Kenyatta seems to have catapult the agreements.

Nairobi, Nakuru, Kiambu and Turkana will get the lion’s share of Sh370 billion set to be allocated to the counties in the next financial year.

In the new formula, Nairobi will get additional Sh3.3 billion on top 15.9 billion, to push its total allocation to Sh19.2 billion.

However, Tharaka Nithi, Nyamira, Vihiga, Isiolo and Kwale will get the least additions to their allocations in the new formula that ensures no county loses revenue.

Tharaka Nithi will get an additional Sh289.6 million

Contrary to the previous sittings that were dominated by heated exchanges, the Thursday seating was full of excitement hence all the 41 senators voted to support the formulae.

“This formula brings to rest a long protracted, winding, noisy and messy debate in the House that has now come to an abrupt end,” Bungoma Senator Moses Wetang’ula said.

The changes will be effected in 2021-22 and run until 2020-25 after the senators voted to retain the old formula, which means the shs 316 billion allocated for the financial year 2020/2021 will be shared using the old formulae.

This brings to an end the protracted exchanges between ministry of finance, governors and the senate.

At one point the drama in the senate saw some senators arrested and deported to their home counties including kakamega senator Malala, Bomet senator Lagat and Samburu senator Lelegwe

Apparently some counties including Kakamega, Tharaka Nithi among others had stalled non-essential services sending employees on leave.