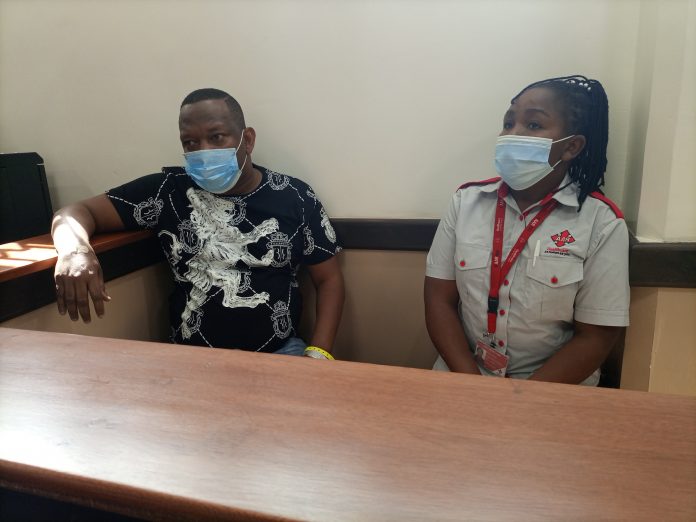 While appearing before Milimani anti-corruption Magistrate Peter Aoko, the controversial governor through his lawyer Dr Khaminwa presented a medical report from a Nairobi Hospital consultant psychiatrist DR. Pius A. Kigamwa indicating that Sonko had a mental disorder.

However, the prosecution council in objection to the report told the court that it had been served with a medical report from Kenyatta National Hospital and that there were no confirmations from the doctors that Sonko was mentally unstable.

“Your honor on March 2, 2021, this court adopted a medical report of four specialists from Kenyatta National Hospital and based on the ruling of this court on review of that report there was no indication that the accused person was not fit to stand trial. I believe the report of four independent specialists from Kenyatta National Hospital bares more weight of one doctor,” explained the state council.

In defense, Dr. Khaminwa argued that he had been told by Sonko’s nurse present in court that Sonko had a hip-bone problem, high blood pressure and that he would collapse anytime.

“Your honor the nurse tells me that Sonko’s blood pressure is very high and according to her he can collapse anytime. I am not familiar with these high blood pressure terminologies but she says it’s 160 over 113. According to her, his arms are very cold. This ordering of a patient from a hospital to come here is inhumane and may I remind you of Mr. Gakuo, he died because of the anti-corruption court, argued Dr. Khaminwa.

In his rulling, the Magistrate on duty upheld the defense application and issued an order for a mention in court on March 12 to confirm the specialist’s findings on the state of Sonko’s mental health.

“This matter was only scheduled today for a mention purposely to confirm the said subsequent hearing dates. Two medical reports have since been furnished to this court and which this court cannot shut its eyes on. That is, the one dated February 26, 2021 done by a panel of four doctors and the one dated March 4 which is today done by Dr. Pius Kigamwa.

Though there is a concurrence in both that the first accused suffers from a mental disorder namely bipolar there is however a sharp difference as to whether or not the first accused is indeed fit to stand trial. Taking into consideration that mental disorder can be a matter of situation at any particular given time and a further taking into account the duration in which these two medical examinations were taken, I hereby direct further that the first accused be again examined by a government psychiatrist at Kenyatta National Hospital and who should confirm if he is fit to stand trial to complement the two medical reports already on record,” ruled the Magistrate.

Governor Sonko is charged with corruption, conflict of interest, money laundering, abuse of office and acquisition of proceeds of crime alongside ROG security Limited and Antony Otieno Ambok.

According to the charge sheet, Sonko took advantage of his position as the Nairobi County governor and abused the office by extorting the payment of Ksh. 10,000,000 as an inducement to facilitate payment to Web Tribe Limited by Nairobi City County Government.