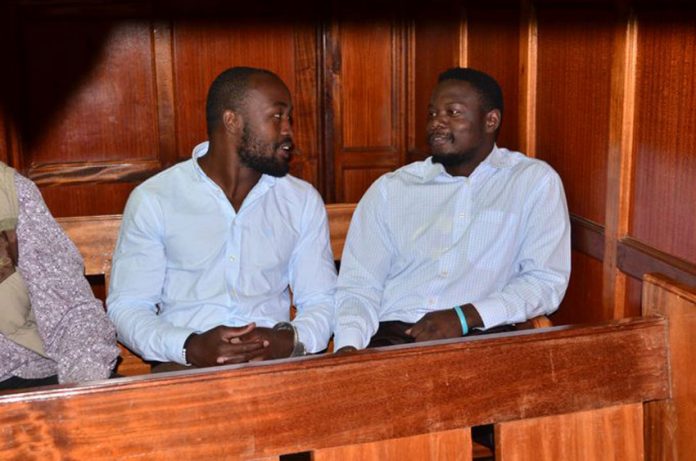 A gang rape case against two rugby players, Alex Olaba and Frank Wanyama will now be heard afresh after the high court ordered a retrial.

The high court ruling stated the lack of evidence that one witness who testified in the case took an oath or not.

Alex and Frank, who were sentenced to 15 years in jail, will now be required to take plea by the 7th of July 2020.

The duo was found guilty of gang-raping a female singer at an apartment located in Nairobi.

In her police statement, the woman claimed that she attended a party in Kilimani where the two rugby players were present. She later confirmed that she left with the two, claiming to have known only one of them.

She went on to state that the two took advantage of her intoxicated state and raped her.

Alex Olaba and Frank Wanyama were both charged for the offence on 5th August, and have not taken part in any rugby events since their case proceedings began.