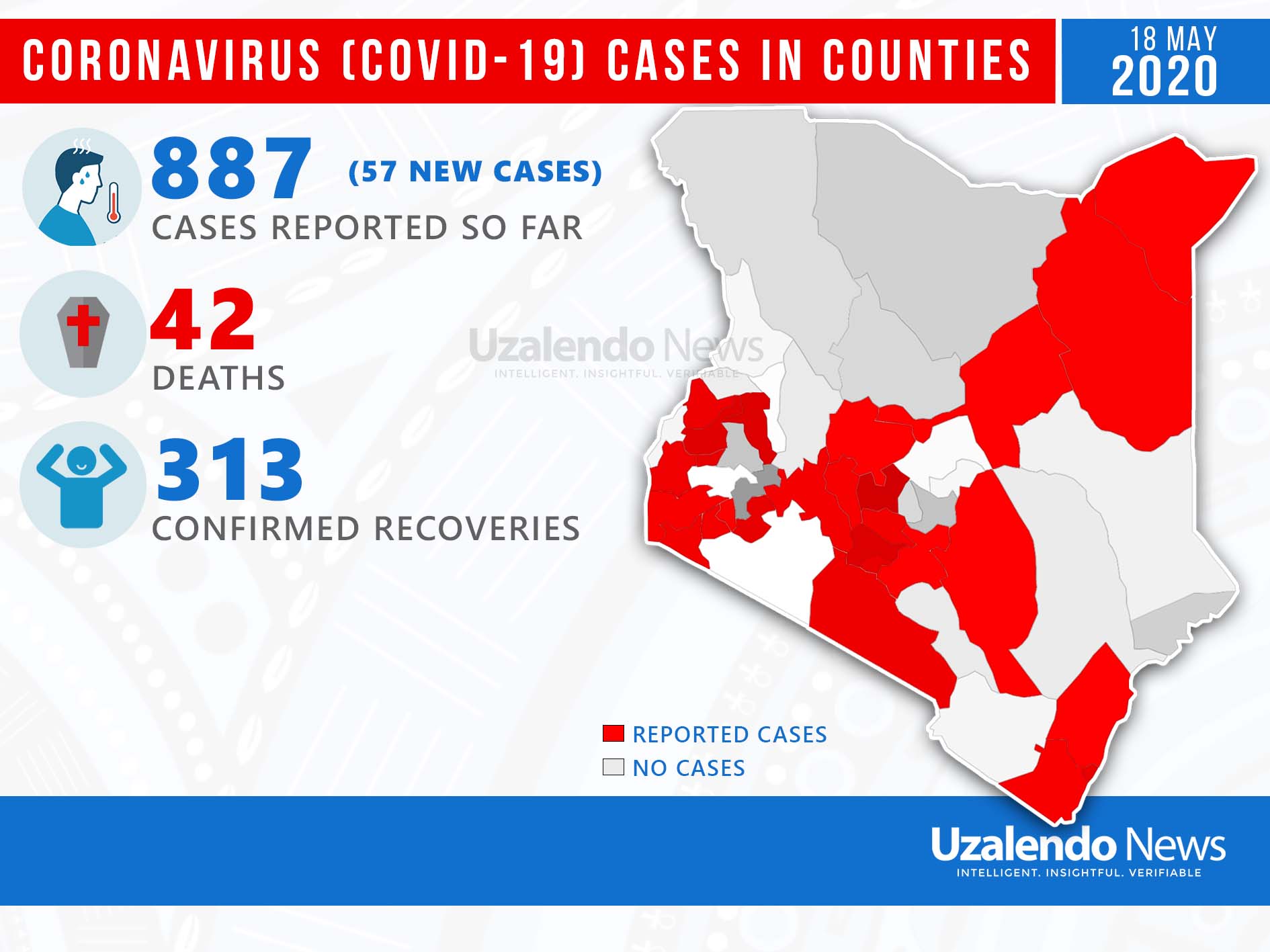 In terms of gender, 34 of the positive cases were males, while 23 are females. The youngest of the cases was a 2 year-old while the oldest casualty had 61 years.

Mombasa led the pack with 35 cases, Nairobi with 17, and Kajiado county reporting only 3 cases. Kwale and Kitui counties each recorded 1 case.

President Uhuru issued tough guidelines to safeguard Kenya from its porus borders, by completing shutting down movement between Kenya and Tanzania. It was reported that another 12 individuals also tested positive, all being Tanzanian truck drivers. They were handed over to Tanzania surveillance teams.

12 patients were also discharged from hospital, bringing the total number of people who have so far recovered from Coronavirus to 313.

The surveillance and case management team in Kenya tested a total of 2,198 samples, a step up from its usual capacity, where the country samples samples as low as 500 per day.

Covid cases hit 30 million with US being worst affected