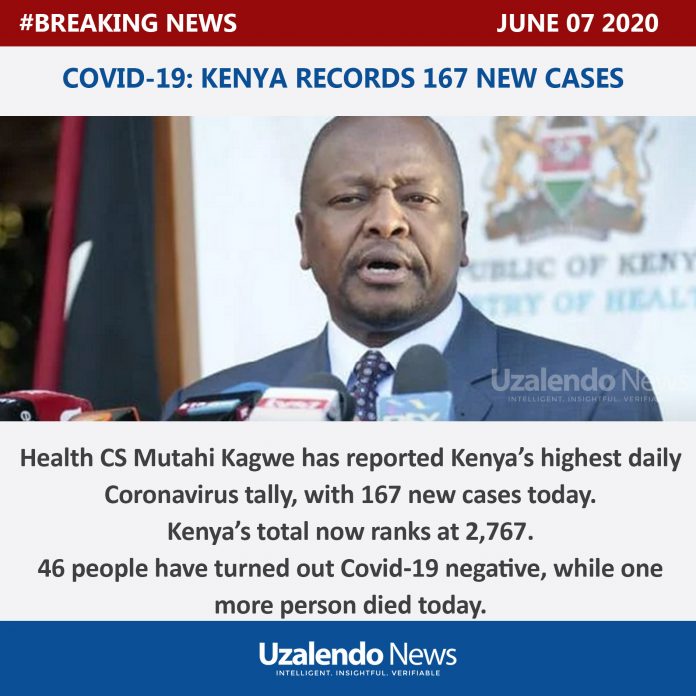 This is out of 2883 tests carried out today, raising Kenya’s total testing tally to 97,340 samples.

All the 28 cases in Busia, are truckdrivers, while in Kiambu, 14 cases were reported in Kikuyu, Thika, Kiambu town, Juja and Gatundu.

One person has also died from coronavirus, raising Kenya’s total to 84 deaths. However, 46 people have been reported to have recovered. The number of people turning out negative has so far reached 752.

CS Kagwe took a swipe at bar owners and restaurant managers of opening up, saying their licenses could be revoked.

“We have noted a rise in sell of alcohol and we are directing those doing it must follow the guidelines, we have issued. Alcohol selling facilities should note that the ban has not been lifted and we urge them to adhere to the directives”, CS Mutahi Kagwe.