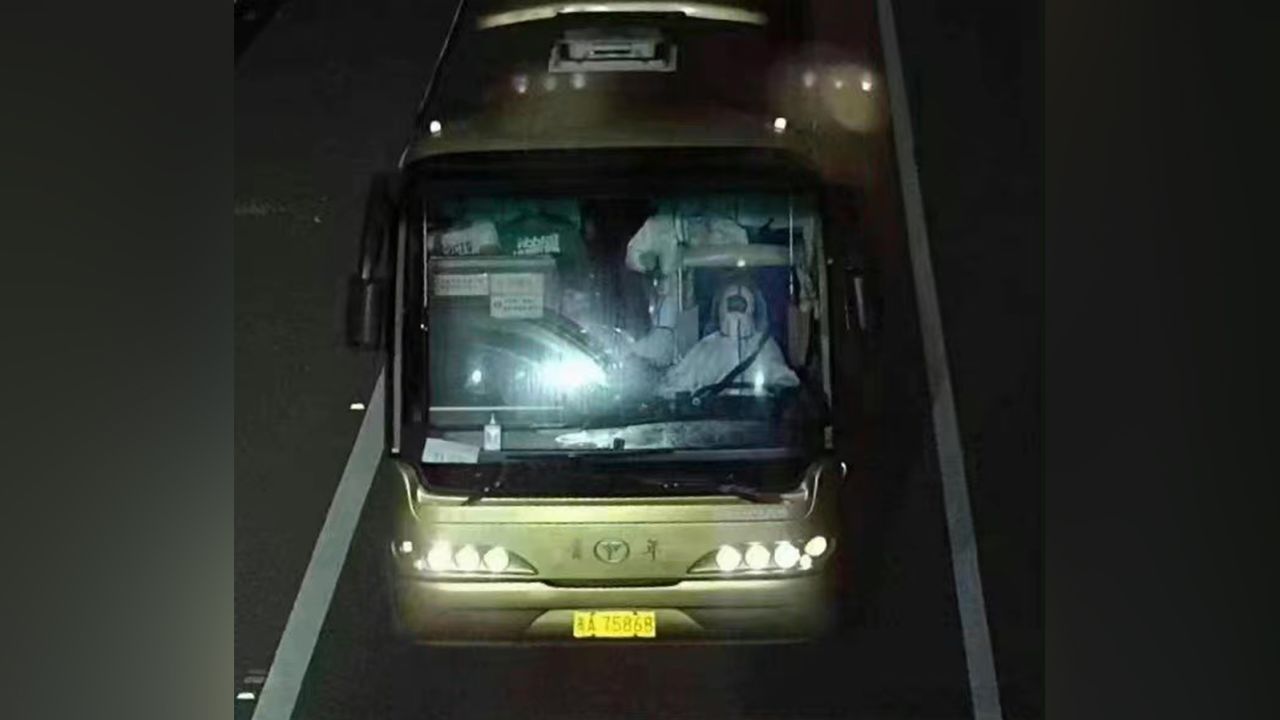 A bus carrying infected people to a Covid-19 quarantine facility in China has crashed, killing 27 of those on board.

The coach overturned on a motorway in the south-western province of Guizhou. Another 20 people were injured.

Only two people have died from Covid in Guizhou province since the pandemic struck almost three years ago.

The accident sparked anger online from those critical of Beijing’s “zero-Covid” policy.

The strict policy involves mass testing and tracking. Those who test positive and their close contacts have to isolate at home or in a quarantine facility.

Just a handful of cases can spark a city-wide lockdown.

There is no word on the cause of the crash which occurred early on Sunday morning.

According to Chinese regulations, passenger buses are not allowed to drive on the highway between the hours of 2am and 5am. However, the accident occurred at 2.40am local time Monday after the bus departed shortly after midnight, indicating the bus had violated regulation.

A woman who claimed she was the daughter of one of the victims took to social media, where she wrote a note saying she could “not accept” her mother’s death.

“My mom stayed at home for half a month. She didn’t go anywhere apart from going out for PCR tests… but she suddenly got taken to quarantine and died.”

Online, some described their own unpleasant experiences of being bussed to quarantine facilities.

One said that dozens of passengers were squeezed into one bus for 12 hours at a stretch without being allowed to eat, go to the bathroom, open the windows or turn on the air-conditioning until their arrival at the quarantine hotel.

Another comment asked, “When will all of this stop?”

While the rest of the world is trying to live with Covid, China is the only major economy still prioritising the fight against the virus above almost everything else.

Guizhou is currently experiencing a spike in infections. The province recorded 712 new cases on Saturday – about 70 percent of the total for China.

The incident comes in the run-up to the Communist Party’s five-yearly congress in October, with discussion around the country’s Covid policy expected to be on the agenda.

In the capital Beijing, more than 21 million residents are required to queue for PCR tests every three days to access public buildings and even corner shops.