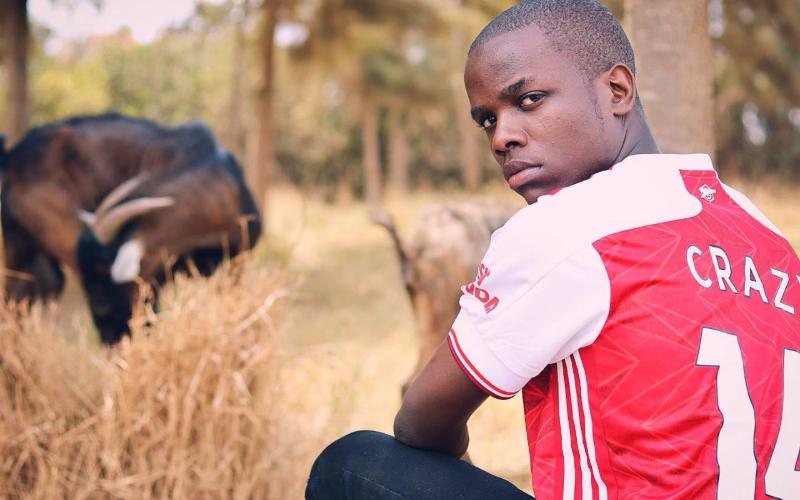 Comedian and content creator Crazy Kennar has announced that he will stop filming the funny skits that he is known for. Through his Instagram account on Thursday, August 4, Kennar said his team was taking a break from their content creation.

“On behalf of the Tales of Crazy Kennar, we would like to inform you that we are taking a break from the normal programming of the heckaya and twack show which air every Thursday at 8.00pm and Sunday at 8.00pm respectively,” Kennar revealed.

The comedian explained that fans of his shows would not get new content on their various channels as they would not be filming any new material.

“The shows are set to be back on after the general elections,” Kennar confirmed calming the nerves of those who thought there was bad news involved.

The content creator also urged Kenyans to stay peaceful during the elections period. “We will be back after the break. Let’s all maintain the peace. One love,” he insisted referring to the upcoming August 9, 2022 general elections.

Crazy Kennar has been one of the standout content creators ever since he came on the scene.

Four months ago, he launched Tock TV and turned his Tales into an Entertainment institution.

The comedian is known for creating a light mood of off situations that are thought to be serious at times.