..
Home TOP STORY CS Magoha: My Tenure Has Not Been Easy 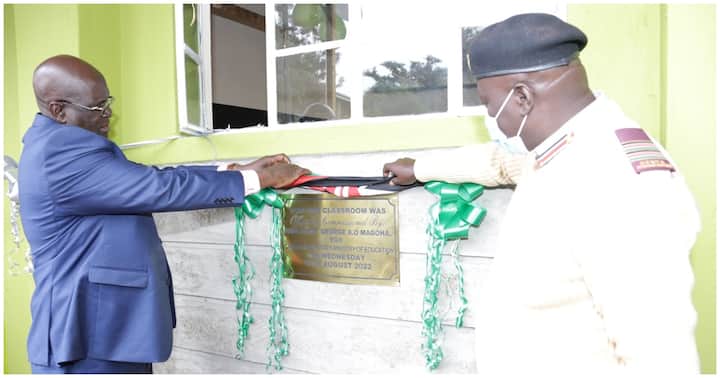 Speaking when he inspected the classes completed under the CBC curriculum at Mwangaza High School in the Embakasi Assembly area, Magoha said the classrooms are at an advanced pace.

“At the moment most of the CBC classes have been completed. Counties like Nyeri have completed their tasks. We are in the process to ensure that they have been paid. We will be working till the last day of office,” he said.

Magoha also thanked the outgoing President Uhuru Kenyatta for the opportunity to serve in the education ministry.

“I want to thank the President for having given me the opportunity to serve the children in both primary and secondary schools.”

Magoha has said that they have taken great steps to ensure that the classes are completed on time, adding that he aims to make his successor’s job easier if he leaves the ministry.

Magoha also added that the portal website for students who have completed the sixth grade has already been opened, and parents can use the website even while waiting for school to open tomorrow.

Magoha added that if there is a need to change the education calendar then they will do so to ensure the students’ interests have been taken care of.

In addition, Magoha added that they will cooperate with other government departments to ensure the safety of students if there is a by-election.