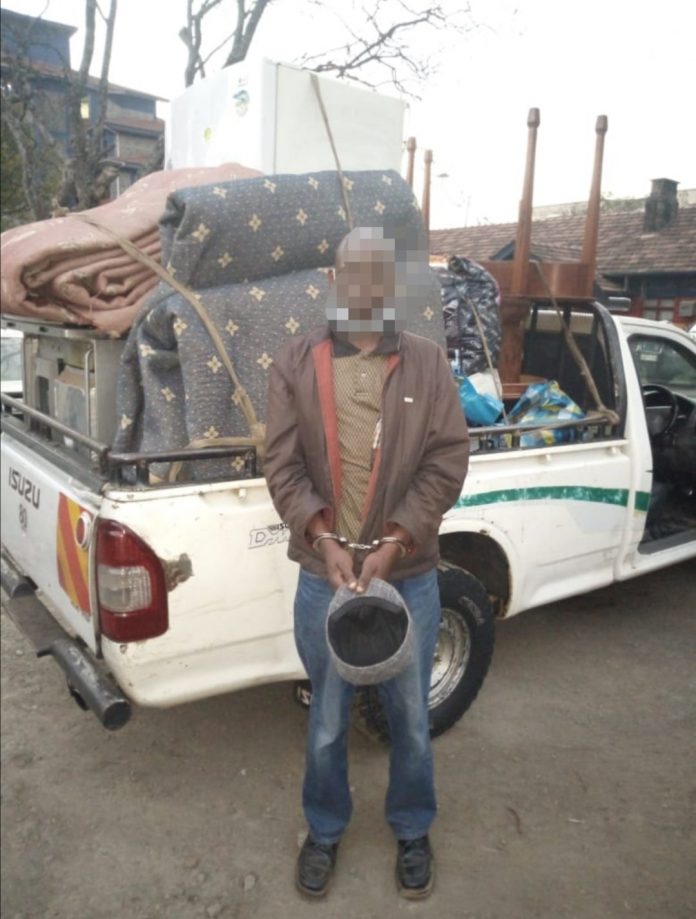 DCI Detectives based in Nairobi have arrested a man suspected of breaking into a foreign High Commissioner in Kileleshwa.

Brian Mbache Libasi is alleged to have broken into the residence of the high ranking commissioner’s residence on 23rd June, 2020, making away with household goods.

Brian, who works as a security guard in the establishment, is said to have been on the run since the incident was reported.

The suspect was arrested at Mwembeni area in Kibra and all household items reported to have been stolen during the incident were recovered.

Two carpets, a gas cooker, an LG fridge, shoes, bedsheets, curtains, a coffee table, a TV stand, a laptop were among other items that were recovered from the suspect’s house.

Brian will be arraigned in court today.