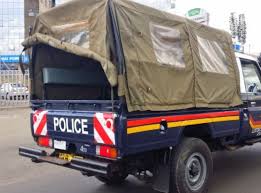 Grace Nyambura Njeri has been arrested in connection with the stabbing and subsequent murder of a 35 year old man in Tigoni, Kiambu County.

Njeri is reported to have stabbed her victim Peter Maina Kasera, several times on his chest, in a scuffle outside Maina’s rented house at Kwambuzi-Kiboko, within Tigoni, Kiambu County.

The scene has since been processed by CSI detectives based at DCI Headquarters, with search for the murder weapon ongoing.

At the same time, detectives are investigating the suspected murder of yet another 32-year-old man, who was found dead by the roadside, within the same locality of Tigoni, in Muna area.

The body of the deceased; Duncan Kavucho Lugulu, was found with deep fresh wounds on the forehead and bruises on his chest, 15 minutes before the earlier incident was reported.

Detectives investigating the case are working towards establishing the motive behind his death and the possibility of its relation to the first incident.

The incidents have raised the alarm over gender based violence on both female and male counterparts.

“I call upon the law enforcement to act swiftly and decisively deal with perpetrators of GBV. As a society we must change our attitude towards GBV or we will lose our moral fabric. Violence cannot, has never been and will never be the answer to domestic differences.”