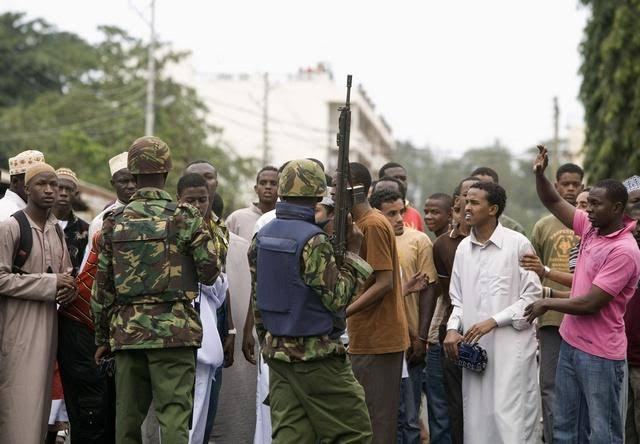 Detectives stationed at the Directorate of Criminal Investigations office in Likoni have arrested two wanted criminals believed to have been terrorizing residents in Likoni, Mombasa County.

The Detectives who were acting on intelligence from members of the public, managed to raid and arrest Abdallah Rashid & Brian Ochieng both 18yrs.

The DCI however, are in pursuit of the rest of the six-member group who had assembled in an incomplete building in preparation to wreak havoc to members of the public.

Upon search in the said building, Detectives recovered 2 Pangas, 2 Slashers, one Sword and one Metal Bar.

The suspects will be arraigned in court later today.