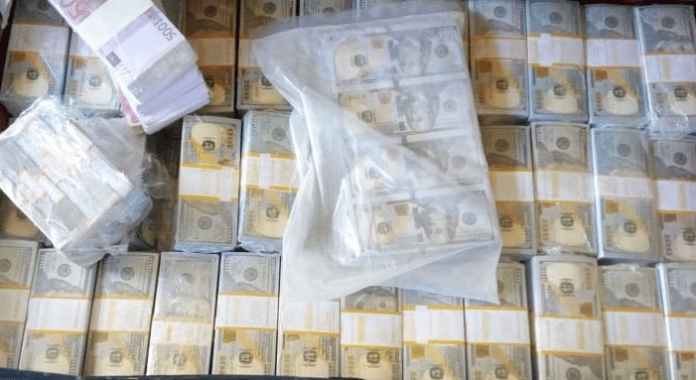 The suspects, Joshua Odhiambo (19 years), Jane Ogenda (20 years) and Dickson Ombaso (27 years) have been arrested and will be investigations are complete upon which they will be arraigned in court.

Other items recovered from the crime house include an iPad branded Government of Kenya, numberplates and chemicals suspected to be used in processing the currency.

Kenya Police have urged Kenyans to be extra vigilant in handling money, citing a rise in fake currency circulating the country.