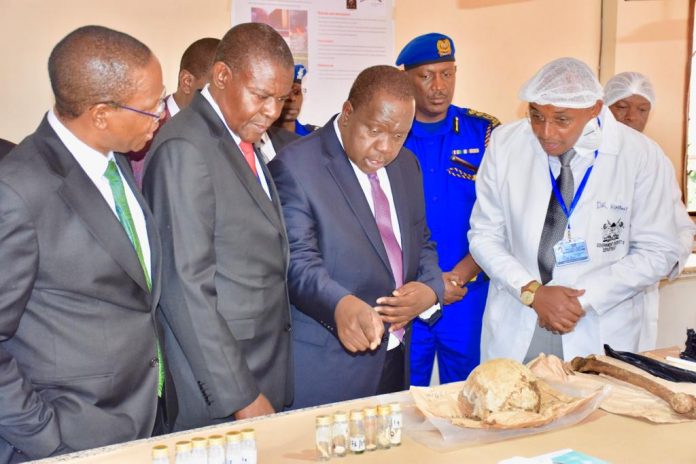 The 3500xL Genetic Analyzer is a trailblazing instrument for DNA analysis for crime detection and parentage testing. According to a press release, the devices are rumoured to offers a shorter average run time and enhanced throughput of samples than the previous machines.

As such, it can expeditiously analyse several DNA samples on evidential material collected from crime scenes. It is also customized with an ultramodern system of components and software that maximizes information recovery even from degraded DNA samples.

Speaking at the Government Chemist offices, Interior Ministry Cabinet Secretary touted the equipment as a large leap into the crime research centers, which will assist the authorities in crime-solving and justice.

According to reports, the equipment puts dead beat dads on notice as it is said that the machine can analyze DNA samples in minutes!

The equipment is scheduled to be in place in both Government Chemists in Kisumu, Nairobi, and Mombasa by 10 th of September. Plans are underway to have the government Chemist located in the Northern Parts of Kenya.