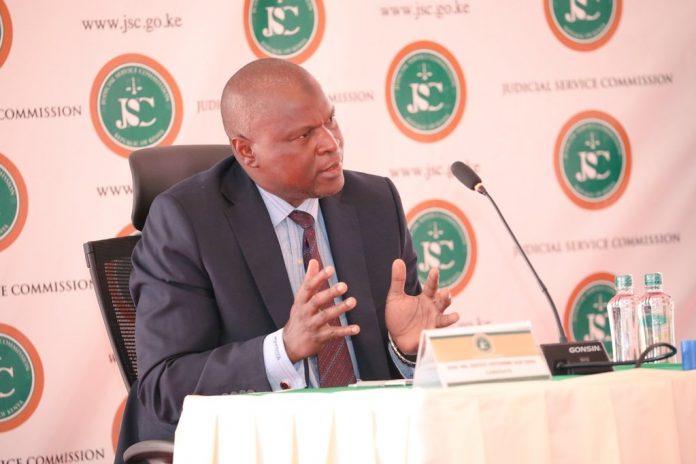 Justice Chitembwe Said Juma appeared before the Judiciary Service Commission (JSC) for a 5-hour grilling session on Monday 13, 2021 as the first candidate on the hotseat. – By Gerald Gekara.

His responnses to many, were percieved as radical and something the country seems fit to try on former Chief Justice David Maraga’s shoes.

However, when it came to how his views being a muslim and application of the law to a case of defilement, many Kenyans flawed the High court judge’s response.

The JSC made reference to a case in which a man appealed a ruling by a court.

Martin Charo, 24, had been sentenced to 20 years in prison for having sex with a 13-year-old.

Chitembwe argued that the girl had gone to the man’s home to have sex willingly, therefore granting the accused freedom on account that the girl was not defiled.

“How do you take a 19-year-old young man for 15 years in jail for having a relationship with a 17-year-old girl?” he posed the question.

The ruling in Charo’s case was interpreted as the worst ruling by defenders of women’s rights worldwide.

In 2017, the case received the Golden Bludgeon (a court ruling with a negative effect on women and girls’ lives) in Spain in 2017 by Women’s Link Worldwide.

Chitembwe defended his ruling before the JSC saying, his rulings were purely based on the law and the participants affected.

In other matters, the JSC was appalled over Chitembwe’s lack of proper resolutions to fix the court systems, despite having served 29 years of the Judiciary.

He constantly vowed to only further his predecessor’s agenda’s and not introduce new policies just yet inorder to steer clear of ‘white elephant’ policies.

“I believe if I am to be appointed as the CJ, I am not saying that I will dig a new foundation, I will build on what others have done with the sole purpose of improving the institution so that it can be what it is by its vision and mission.” He said.

The interviews will be carried out for the better part of April, with JSC promising to unveil its preferred candidate by May 2021.

Here are the ten candidates shortlisted for the CJ job:

Out of the ten candidates, only one will be selected to replace Justice David Maraga who retired after attaining the 70-Year retirement age.

The position is currently being held by Justice Philomena Mwilu in an acting capacity.