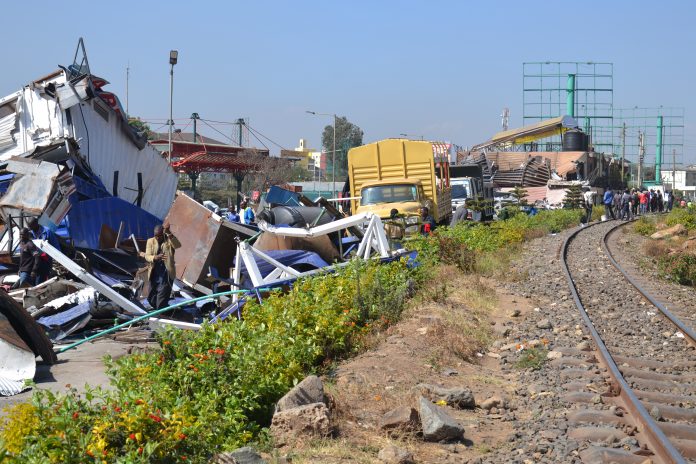 A semi permanent building complex constructed on a road and railway reserve has been flattened by the Government. The famous Sany descended on the premises, located opposite Kenol Petrol station and flattened it early this morning.

This is part of the Nairobi regeneration operations being undertaken by the Government to reclaim encroached. The premises, which contains a
a car wash and carpet-cleaning area allegedly owned by
Senator Paul Wamatangi, is a few metres from Aerodrome Road and the railway line.

Previously, Wamatangi used to park more than 50 branded Jubillee Nissans at the premises. The building, which houses many businesses was put up in 2018. It also houses a car wash and various other businesses.