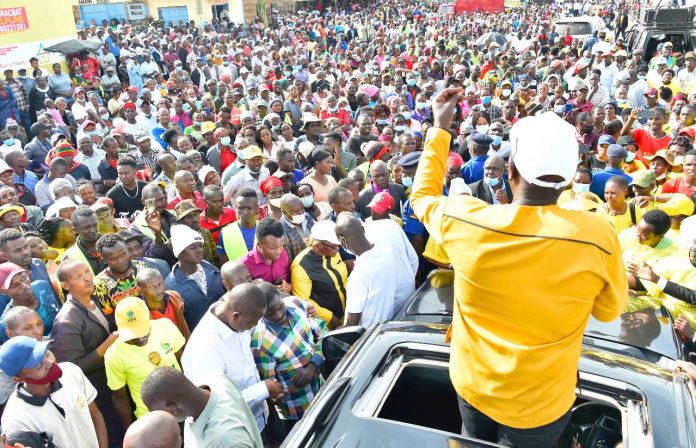 Deputy President has asked Opposition leader Raila Odinga to stop using violence as a ladder to ascend to the presidency.

Dr Ruto asked Odinga to stop justifying violence, take responsibility and put in place measures to curb the vice within his party ahead of the August General Election.

The presumed presidential candidate of United Democratic Alliance (UDA) told the former Prime minister to ensure that ODM conducts peaceful campaigns and maintains peace during and after the elections.

“I want to ask ODM and its leader Raila Odinga to disown violence. He cannot continue to give excuses about violence,” said Dr Ruto.

Speaking in Machakos County on Thursday, Dr Ruto said Odinga’s use of violence to intimidate his opponents was retrogressive and counterproductive.

He said the culture of throwing stones at his competitors won’t earn him votes.

The DP cautioned Odinga against advancing “bedroom politics” that threatens the country’s unity, singling out the ODM-sponsored violence in Kisumu’s Kondele and Nairobi Embakasi East.

Dr Ruto asked Odinga to commit to Kenyans that he will respect the wishes of Kenyan voters in the August elections.