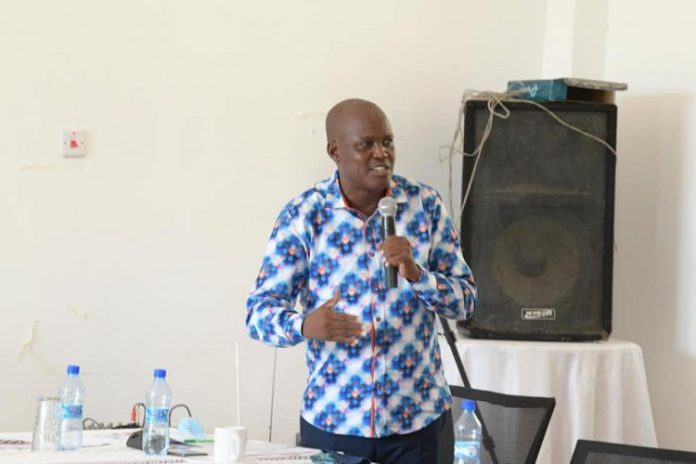 The Ethics and Anti-Corruption Commission (EACC) has revealed that Turkana Governor Jeremiah Ekamais Lomorukai is about to be arrested for alleged academic certificate forgery.

Twalib Mbarak, the commission’s CEO, announced that the governor forged his degree certificate in order to be cleared to run for the county seat.

The former Loima Member of Parliament (MP) is accused of forging both his diploma and degree certificate from Kenya Methodist University (KeMU).

“Following an investigation, EACC determined that both the governor’s Degree and Diploma certificates were forged, making the governor liable to criminal prosecution,” said Twalib.

Twalib stated that the Director of Public Prosecutions (DPP) had agreed to the decision to arrest the Turkana county head and that Ekamais was one of 241 candidates flagged for integrity issues.

Before facing charges such as uttering false documents in violation of Section 353 of the penal code, giving incorrect information, and forgery, Ekamais is expected to be questioned about how he obtained the academic documents.

The Director of Public Prosecutions has agreed with the EACC recommendation to prosecute the Governor.

According to Twalib, EACC will arrest the governor and present him before the Court to face charges as it continues with investigations of similar matters relating to forgery of academic certificates.

Mbarak, speaking to lawmakers at the Safari Park Hotel on Thursday, September 22, 2022, highlighted critical issues affecting the war on graft.

He stated that the commission had profiled all county heads, reaffirming that the anti-graft body will fight tooth and nail to ensure that investigations are successfully conducted across county governments.

Mbarak stated that 191 graft cases had been resolved in court, with assets totaling Ksh22.8 billion recovered.